Ascent of the Outlaws 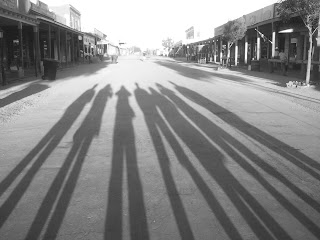 As much as the mining towns attracted the good people, families, and businessmen, they also enticed the bad individuals as well. With the many miners willing to spend their hard earned money on whiskey and women; the saloons and brothels quickly grew in numbers. These places brought in the bandits, gamblers, soiled doves, and other greedy bastards. The battles between the lawmen and outlaws became as famous as the people themselves. Many of the known and lesser known outlaws enjoyed terrorizing the innocent and weaker people. They were eventually caught and dealt with. Most of them ended up dead and buried somewhere in the southwest desert.

(An exert from my book, "Dead and Buried in the Southwest Desert")
books outlaws wild west