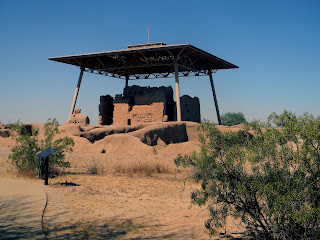 Located one hour southeast of Phoenix in Coolidge, Arizona, sits the Casa Grande Ruins National Monument.  These well preserved remains are where the ancient Hohokam once lived.   The main building, or Great House, is four stories high and 60 feet long.  The first floor is a mount and the walls are a mixture of a concrete-like combination of sand, clay, and calcium carbonate or limestone.  The Great House took 3,000 tons of Caliche mud which was layered to form walls four feet thick at the base and tapered towards the top.  Anchored in the walls and used to form the ceilings were hundreds of juniper, pine, and fir trees they carried or floated 60 miles down the Gila River. 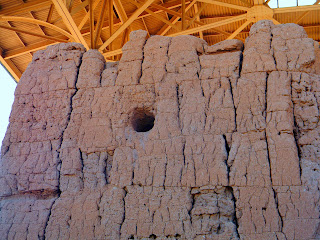 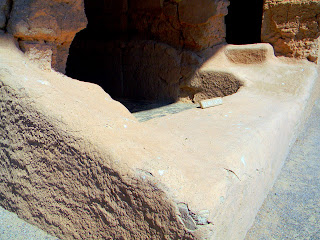 The walls of the Great House face the four cardinal points of the compass and a circular hole in the upper west wall aligns with the setting sun at the summer solstice.  The other holes in the walls each line up with the sun and moon at specific times.  It is a great mystery to why the Hohokam built this structure to those exact measurements.

Surrounding the Great House were many other structures.  These buildings were where the families of the village lived.  The walls were two to three feet thick and also formed from the same mixture which the Great House was made of.  The open spaces were used for recreation and a market area where they sold their handmade goods.  They also dug pits which were used as ballcourts for playing games and having gatherings.  This ancient civilization survived on the crops they grew, animals they hunted, and the natural plants they found in the surrounding desert.  They had abundant water source from the nearby Gila River. 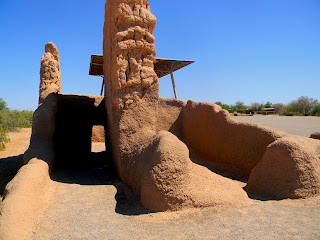 They were spiritual people who were often thankful for all the gifts nature gave them.  Each night, the entire community would gather in the Great House and watch the setting sun through the small hole in the upper west side of the building.  Around the 1400’s, the Hohokam people just seem to fade away mysteriously.  In 1694, when the Spanish missionaries discovered the Casa Grande ruins, it was just a vacant structure.  For two centuries the ruins were pillaged by relic hunters and visitors curious about the site.  In 1892, after years of trying to preserve the site, the Casa Grande Ruins were the first in the nation to become an archeological reserve.  The Great House is protected by the harsh sun with a large metal structure covering the entire building.   The surrounding buildings are just half walls giving you a sense of the tiny quarters they used to live in.  Many mysteries and stories are still hidden amongst the thick walls of these amazing ruins. 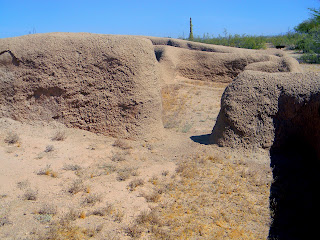 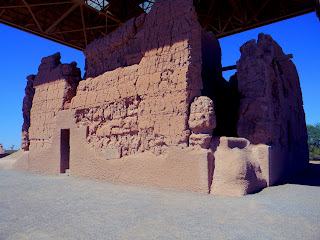 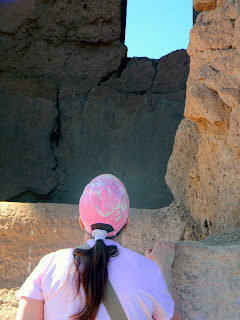 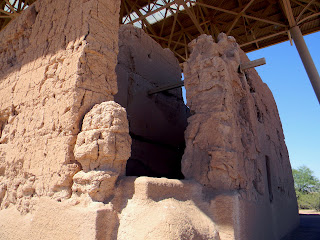 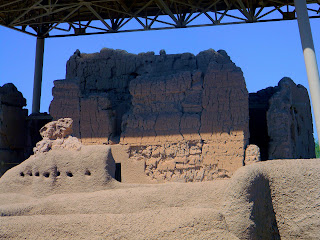 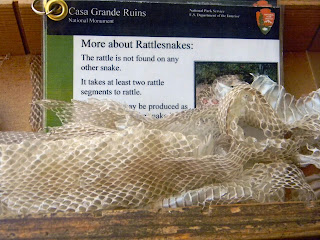 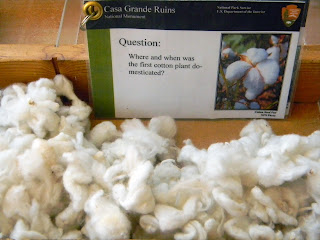 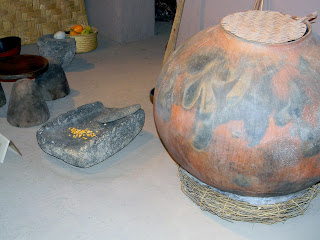 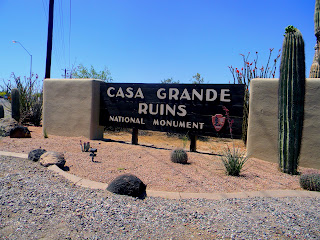