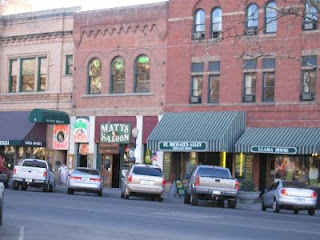 In 1883, a fire destroyed most of Whiskey Row, taking out many buildings including the original Palace Saloon. Robert Brow, the Palace owner, rebuilt the place with a stone foundation and brick walls. Not only was it built sturdier, but he made it even grander than before. He added and elaborately carved 1880’s Brunswick bar measuring approximately 20 feet long. Unfortunately, Prescott suffered another huge fire destroying most of down town and again abolishing the Palace Saloon. Most of the patrons grabbed their drinks and much of the liquor stock and went across the street to watch the Palace burn. Some of the more faithful of customers actually lifted the Brunswick bar and carried it out to safety. That bar is still remains in use and is the only historical thing left and can be seen in the Palace today which was rebuilt in 1901. 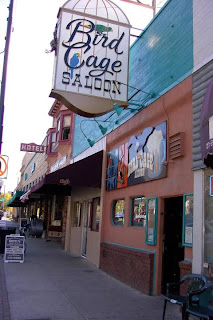 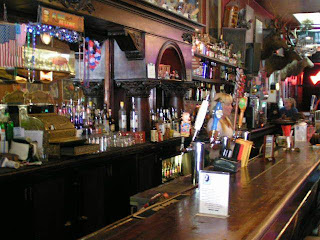 Another historic place along Whiskey Row is the Bird Cage Saloon.  It was established in 1967 and was named for the large assortment of mounted birds displayed in cases located all over the bar.  This group is a small percentage of the total Stamm bird collection.  More can be found shown in cases at the Smithsonian Institute in Washington, D.C. 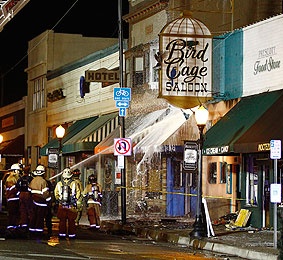 Here is a detailed article and some videos of the fire:
Whiskey Row Fire
bar cities haunted places historical