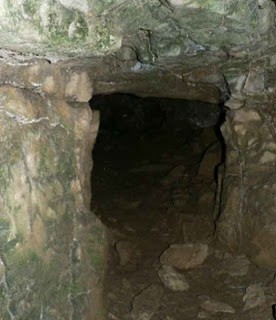 “Claustrophobia is the fear of having no escape, and being closed in. It is typically classified as an anxiety disorder and often results in panic attack. One study indicates that anywhere from 5-7% of the world population is affected by severe claustrophobia, but only a small percentage of these people receive some kind of treatment for the disorder.”

I am one of those that suffer from this phobia. I was five years old when the first real symptoms appeared. My father was in the Air Force and stationed in Germany. I was playing with my younger brother and his hard metal cars. He got mad for some reason and threw one at me, hitting my head above my eye. It was cut open, bleeding badly and needed stitches. My Dad took me to emergency to get stitched up. They had me lay on a table and proceeded to put a cloth over my face. This cloth had a hole in it where my bloody eye would show through and be mended. The moment the cloth covered my face, I went into panic mode. It ended up taking 7 men to hold down this five year old in order to stitch my eye. I don’t personally remember that experience but heard about it many times from my Dad. That may have been my first noticeable incident of Claustrophobia.

From Wikipedia:
“Claustrophobia is typically thought to have two key symptoms: fear of restriction and fear of suffocation. A typical claustrophobic will fear restriction in at least one, if not several, of the following areas: small rooms, locked rooms, tunnels, cellars, elevators, subway trains, caves, and crowded areas. Additionally, the fear of restriction can cause some claustrophobics to fear trivial matters such as sitting in a barber’s chair or waiting in line at a grocery store simply out of a fear of confinement to a single space. However, claustrophobics are not necessarily afraid of these areas themselves, but, rather, they fear what could happen to them should they become confined to said area. Often, when confined to an area, claustrophobics begin to fear suffocation, believing that there may be a lack of air in the area to which they are confined or any combination of the above.”

There have been other times when I felt the panicking coming on when in a small enclosed space, but was able to get out of it before it got bad. One time was at a George Strait concert. I went with my sister and her friend. My sister suffers from Claustrophobia even more than I do. At the end of the concert, we were all aloud to rush the stage and get a closer look at George. Of course we wanted that and headed up there with many others. My sister and I were standing side by side and quickly surrounded by lots of people. They started pushing us and squeezing in closer. Both of us immediately back out of the crowd right before the panic set in. We ended up standing on chairs and still got a close look at George’s handsome face while her friend was squished against the stage and got to smack his hand. 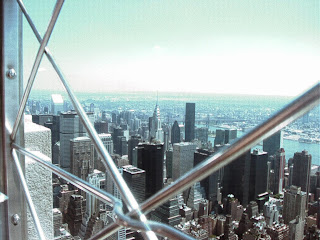 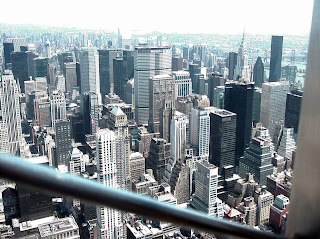 Another time was in the Empire State Building’s elevator. I typically don’t like elevators and try to ride them out without any panicking setting in. I also won’t go in them if they are crowded. This elevator was different; they pack people in like sardines and you ride over 200 floors to the top. I immediately got in the front and over to the side. I did not want to get shoved into the back. That wouldn’t have been good. I then closed my eyes the entire ride of the elevator, going up and then going back down. I wouldn’t let that elevator ride stop me from seeing that amazing view from the top of the Empire State Building. I typically try not to put myself in situations where I end up in tiny confined spaces. When my family took a trip to the Queen Mary, they toured the submarine sitting beside the Queen Mary and I chose not to. They said that it was a good thing because some of the spaces were very small. 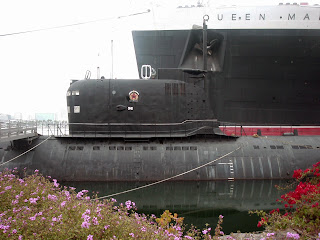 I don’t just have to put myself in situations where panicking may set in, I’m not able to watch someone else do it. There have been many times I’ll be watching a show on TV and if someone is crawling through a teeny tiny tunnel, I feel somewhat panicky. I can feel shortness of breath coming on and then the anxiety will start. It is not always the crawling through but the fear of getting stuck that tends to scare me the most. I have even woken myself up on several occasions dreaming that I was in that situation. The panicking and fear can wake me up from a sound sleep.

Claustrophobia is something I have lived with for a long time. Even though I feel it take over some aspects of my life, I can control it for the most part.
phobias