Will Rogers and My Grandfather 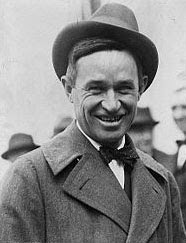 On the evening of Wednesday, March 4, 1930, 28 year old Wilton climbed in the cab of H. Decker and headed off to the Lincoln Airways, Inc. flying field in California. Wilton had listed his occupation as aviator and/or airplane mechanic. This young man had a wife and four kids with one on the way. His wife, Luzette, was in Virginia while Wilton “worked” elsewhere. There had been rumors of affairs but none were proven.

As H. Decker pulled his cab up to the airfield, he handed Wilton his card. Decker gives each person who rides with him his card which has his name, phone number and Diamond Cab Company, the name of the company he worked for. 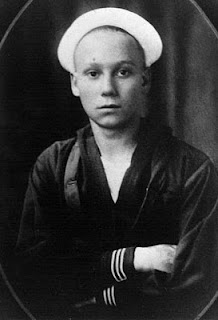 Wilton met up with pilot Morey Johnson and Wilton’s friend Jean. By the time they all arrived at the airpark, the employees working there had left for home. The weather was pouring rain and not a good time to take a plane out on a night flight. They all boarded the plane and Johnson took it out of its stall and flew away. The flying field watchman was concerned for their safety and immediately turned on the flood lights. He kept the lights on until 8:30 but the plane never returned.

In the morning a watchman on the Will Rogers’ Ranch found the mangled wreckage of the plane and called the authorities. The wreckage was in the Santa Monica Mountains about one mile north of Will Rogers’ Ranch, in the hills back of Sawtelle. The crash site was not assessable by vehicles, so they had to carry the bodies on stretchers most of the distance.

By the looks of the wreckage, they concluded that the Travelair biplane must have been flying low and crashed into the side of the rugged mountains. The motor was buried deep in the ground and the wings were scattered in many pieces. The bodies were found crammed against the instruments causing instant death. Wilton’s chest was crushed and he sustained other injuries. In his pocket they found the card given to him by Decker and a note. The note said that Wilton was employed as an oiler on a vessel from December 29th to present date. With the two pieces of evidence found on Wilton, and Decker’s information given, they were able to find out his identity. It took the authorities a few days to locate Wilton’s family. His parents were notified as well as his wife Luzette. He was cremated at Inglewood crematory on March 18, 1930. Morey Johnson’s body was identified by the information they recovered from the plane wreckage, but I don’t know anything about how Jean was identified.

Wilton and Luzette were my Grandparents, my Father’s parents. My Dad was only 2 years old when he lost his father. The story goes that my Grandma knew of his affairs and in a telegram told the funeral director that she only wanted his gold ring and tooth. She wanted nothing else from him. Sadly, my father knew nothing about his Dad’s side of the family until I started researching his family’s history. I am glad that I was able to give him lots of information about them before he died.

Five years after my Grandpa Wilton died in a plane crash, Will Rogers met his end in a plane crash as well. William Penn Adair “Will” Rogers was born on November 4, 1879. He had many titles such as a Cherokee-American cowboy, comedian, humorist, social commentator, vaudeville performer and actor. His son, Will Rogers Jr., was a WWII veteran and U.S. Representative.

Rogers’ genealogy was from a prominent Indian Territory family and he was known as Oklahoma’s favorite son. To his credit he traveled around the world three times, did more than 70 movies and wrote over 4,000 newspaper articles. Will Rogers became a world famous figure. His most famous quote, “I never yet met a man that I didn’t like” was just one of a long list of his interesting quotes.
short stories