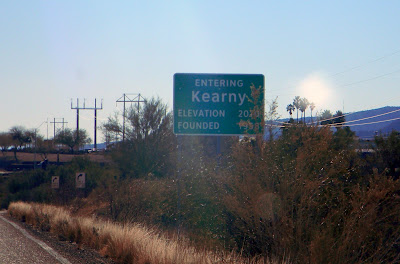 The first little town we came across while looking for abandoned places was Kearny.  This small settlement got its name from General Stephen Watts Kearny, who stumbled across the area in 1846.  Kearny was first built in 1958 by the Kennecott Mining Company as a "planned community" for all the miner's families to live in.  The men worked in the Ray mine and Hayden Smelter which were close to the community.  Most were living in the nearby towns when they were relocated to Kearny.  The area around the open-pit copper mine was increasing in size and nearly swallowing up the tiny towns of Ray, Sonora and Barcelona.  Some of the families opt to move into the brand new homes in Kearny, others chose to have their houses relocated down the road and away from the ever expanding mine.  In 1959, Kearny was officially declared a town.

Today, Kearny is still surviving with almost 3,000 residents calling the place home.  It has a one-street business district with a variety of shops, cafes and the local police department.  Sharon and I cruised around some of the streets but didn't find any abandoned places to photograph. 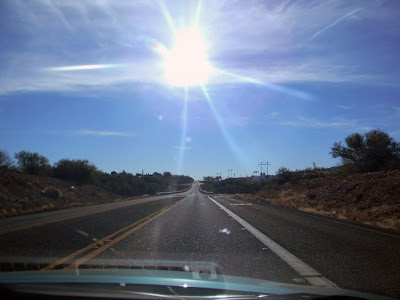 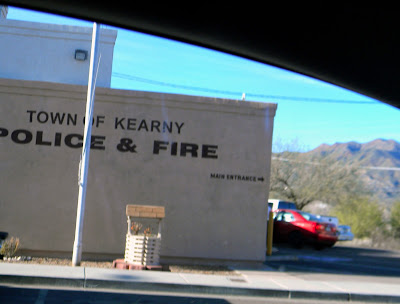 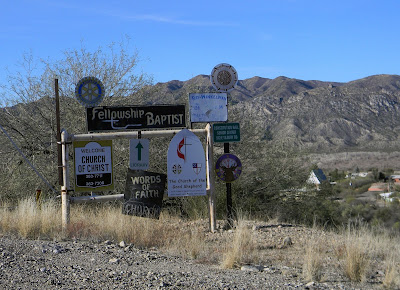 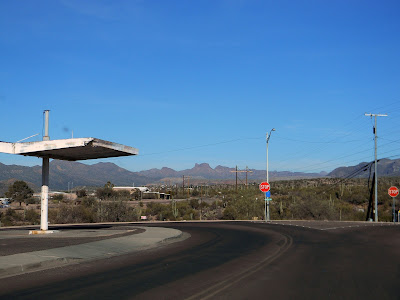