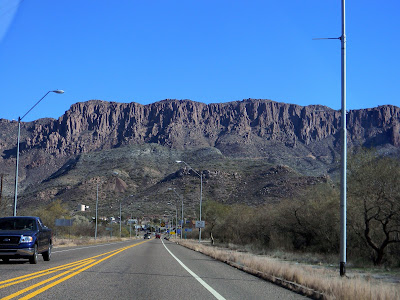 I am currently writing an Arizona travel book titled, “Arizona’s Back Roads: A Travel Guide to Ghosts, Outlaws and Miners”.  Here is a description of what is in the book:

“This book is a tour guide through some of the remarkable past and perplexing conundrums that make up the state of Arizona and the southwest desert. You are first taken to the Native American ruins where the tattered decomposing walls of their dwellings is all that is left along with pottery shards, handmade tools, astonishing petroglyphs etched on boulders revealing the stories of what life was like many centuries ago.

I focus on six southwestern mining towns and the history of their establishments. What would bring people to the southwest with the danger of Indian attacks, extreme heat, and a wasteland of little water?  It was the minerals found in the soil and the hope of a better life that drove the families, businessmen, and greedy bastards to a life in the desert. The mining towns prospered in their heyday and enjoyed a booming population. When the mines dried up, most of the people moved away. Today, these settlements are either abandoned, considered ghost towns, or surviving by the tourists and handful of residence that call these places home.

Arizona has many mining towns where the law was kept by marshals and sheriffs. There were many outlaws who laid there hat in some of these Wild West towns while raising havoc. I focused on some I thought had more interesting stories to be told. They left their mark in history as thugs, thieves, and murderers. Life was not easy for these Wild West sinful men and women who survived by any means possible.

Some of these outlaws were buried somewhere in the southwest desert. The old west cemeteries were once well maintained and thriving with beautiful carved headstones. Many decades later, these cemeteries are neglected, forgotten with broken headstones and rusty fences. The shrubbery is overgrown and hiding many of the grave sites.

Along with the cemeteries, there are many places around Arizona and the southwest which are now abandoned and falling apart. What many might see as a mess, I can see the beauty in what is still there. The history and stories of these places are just as interesting as the decaying walls and missing ceilings of the structures which fell between the cracks of time.

The southwest is vast and so are the many mysteries found in the barren lands. There are ghosts wandering the desert, along with fascinating mummies, and fossils buried in the dirt. These urban legends have been told for many decades. The mountains hold many mesmerizing stories of lost treasures and castles made of reclaimed items.

You will get a tour of all the places with stories of their past, and what you will find if you visit them today. I will map out the locations of the ruins, mining towns, abandoned places, and the streets the outlaws once walked upon. I would like you to enjoy all the amenities that the southwest and Arizona have to offer while seeing it all from your car.”

Since summer is quickly encroaching and already feels like it here, my future posts will be some of the places for you to visit if you choose to check out Arizona.  As you know, I have done lots of traveling around the state and have a firsthand knowledge of the lesser known stuff to check out.  This state has so many interesting places to see with beautiful scenery and a Wild West history.  Look for my book to be out this fall or spring of 2014.