Nighttime in the Graveyard 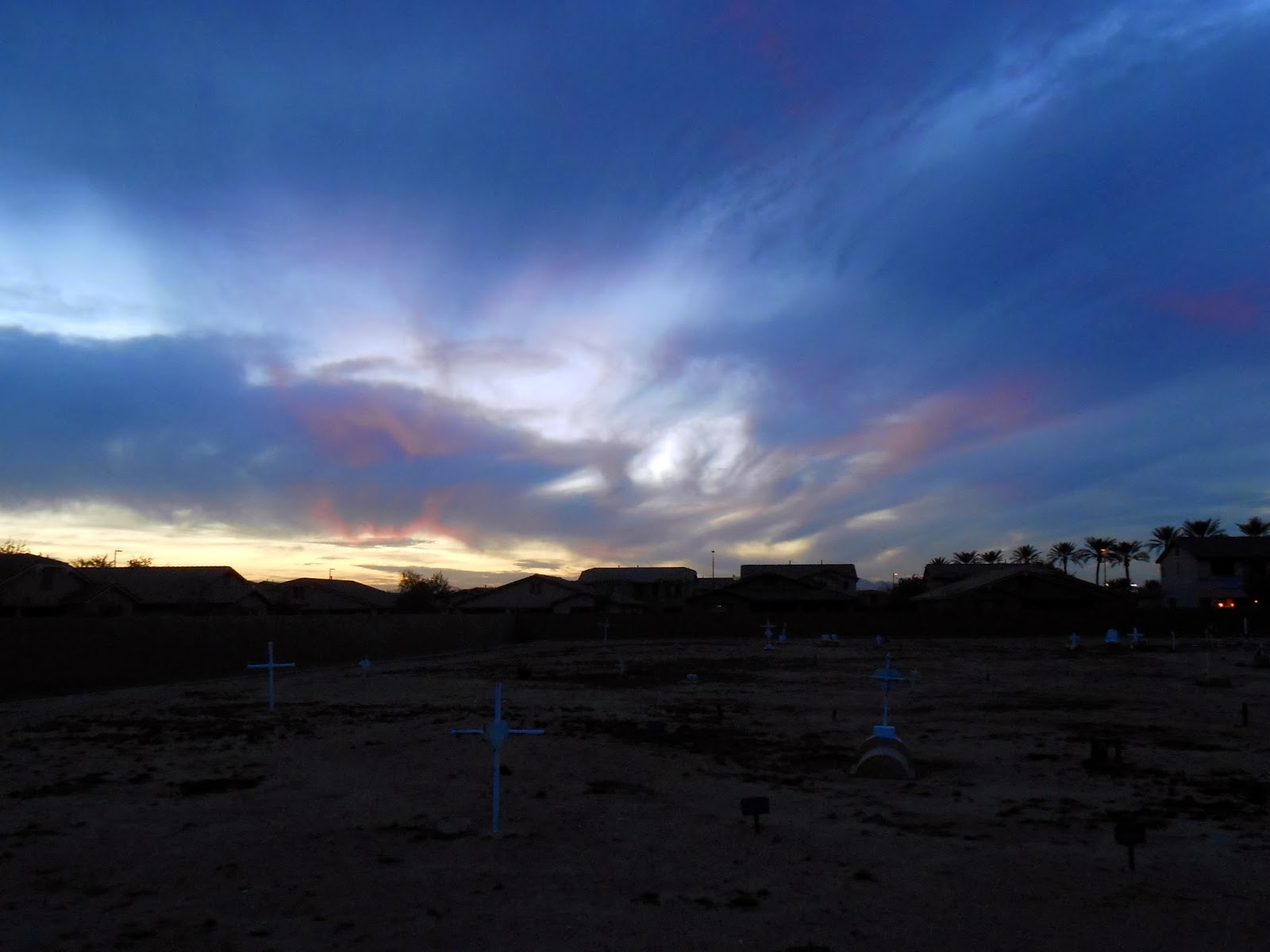 To say that being in the Goodyear-Ocotillo Cemetery (Chandler, AZ) at night is creepy, is a bit of an understatement.  The weather was brisk when we arrived there before the sun went down.  The dark clouds in the sky not only lend itself to an amazing sunset, but it provided us with the best pictures we have taken there to date.  It also gave the place a more eerie feeling, but that wasn't all we saw.

Sharon noticed some strange claw marks in the dirt.  There was only one set and they were near a deep hole.  We saw lots of canine paw prints all over the grounds, but these were different and we could not explain them.  After the sun went down, the place became pitch black with small rays of light coming from some of the houses surrounding the place.  There was instantly a weird vibe inside the walls of the cemetery and we felt like we were being watched but not by any of the humans living around the perimeter.  It was something inside the grounds and staying hidden in the darkness.  Also, a very strange noise was vibrating throughout the area.  After taking a few night pictures, we sat in quiet for a short while.  We were getting tired and decided to leave.  We will visit again and maybe the shy ghost will finally make its presence. 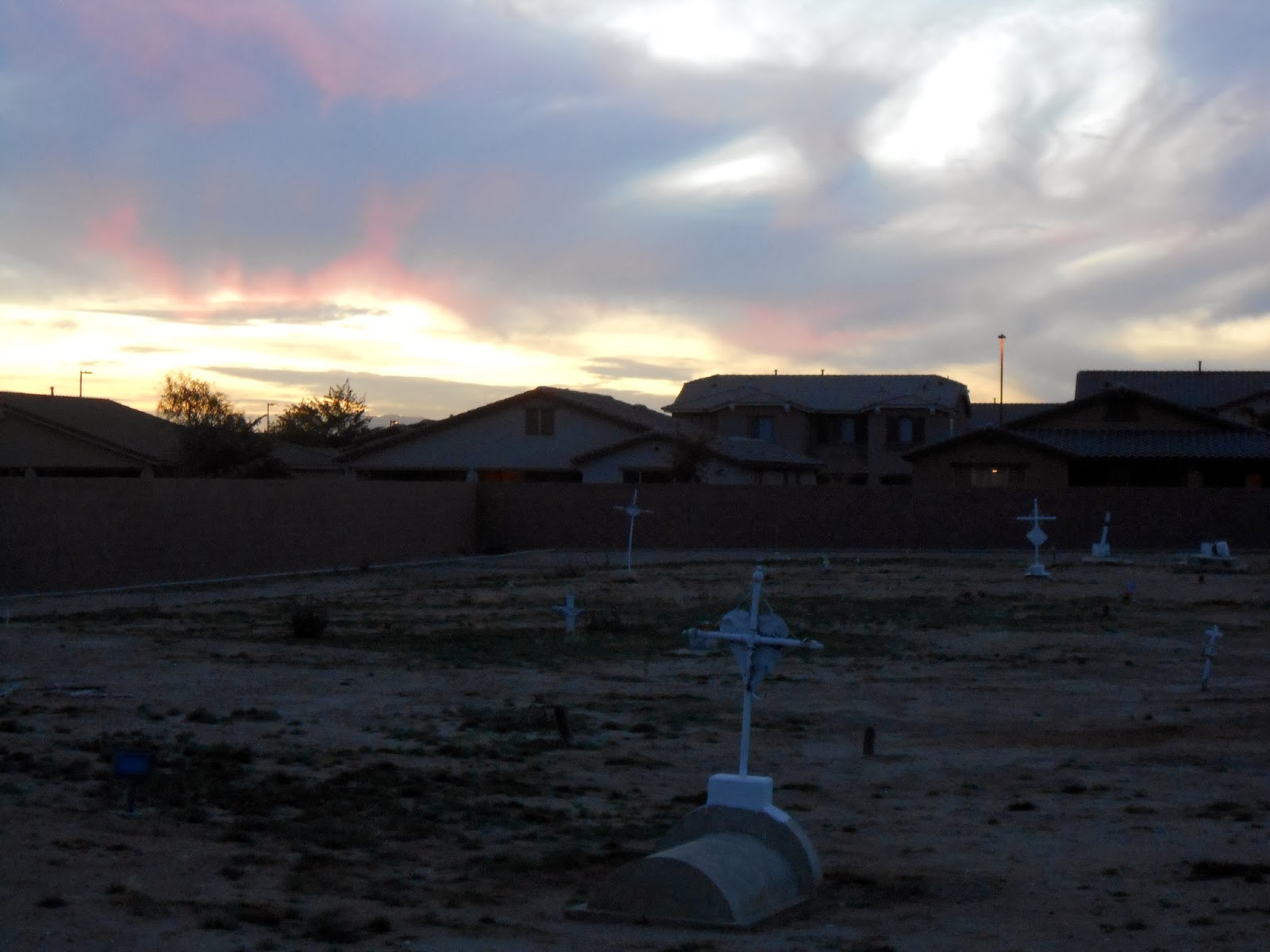 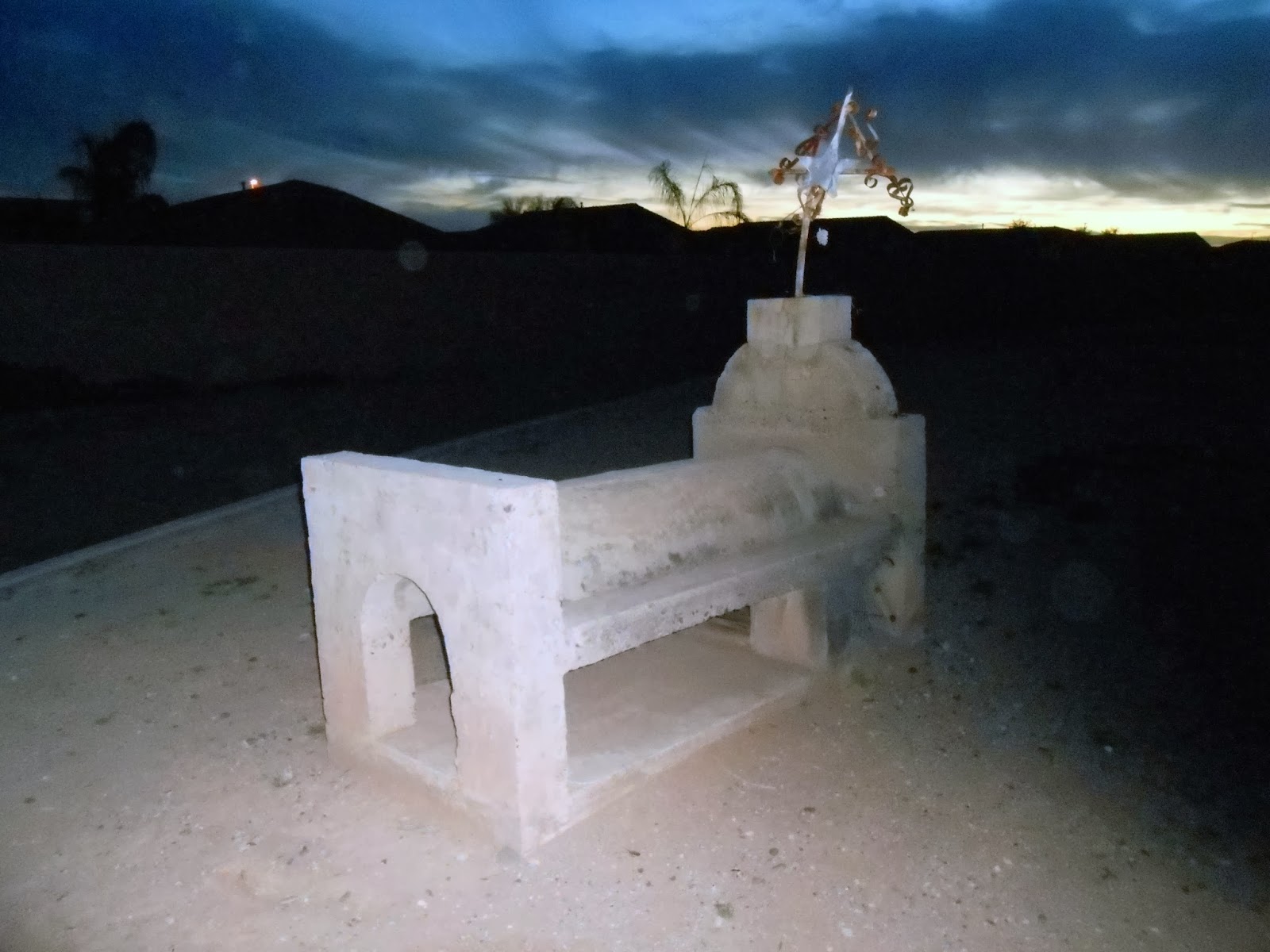 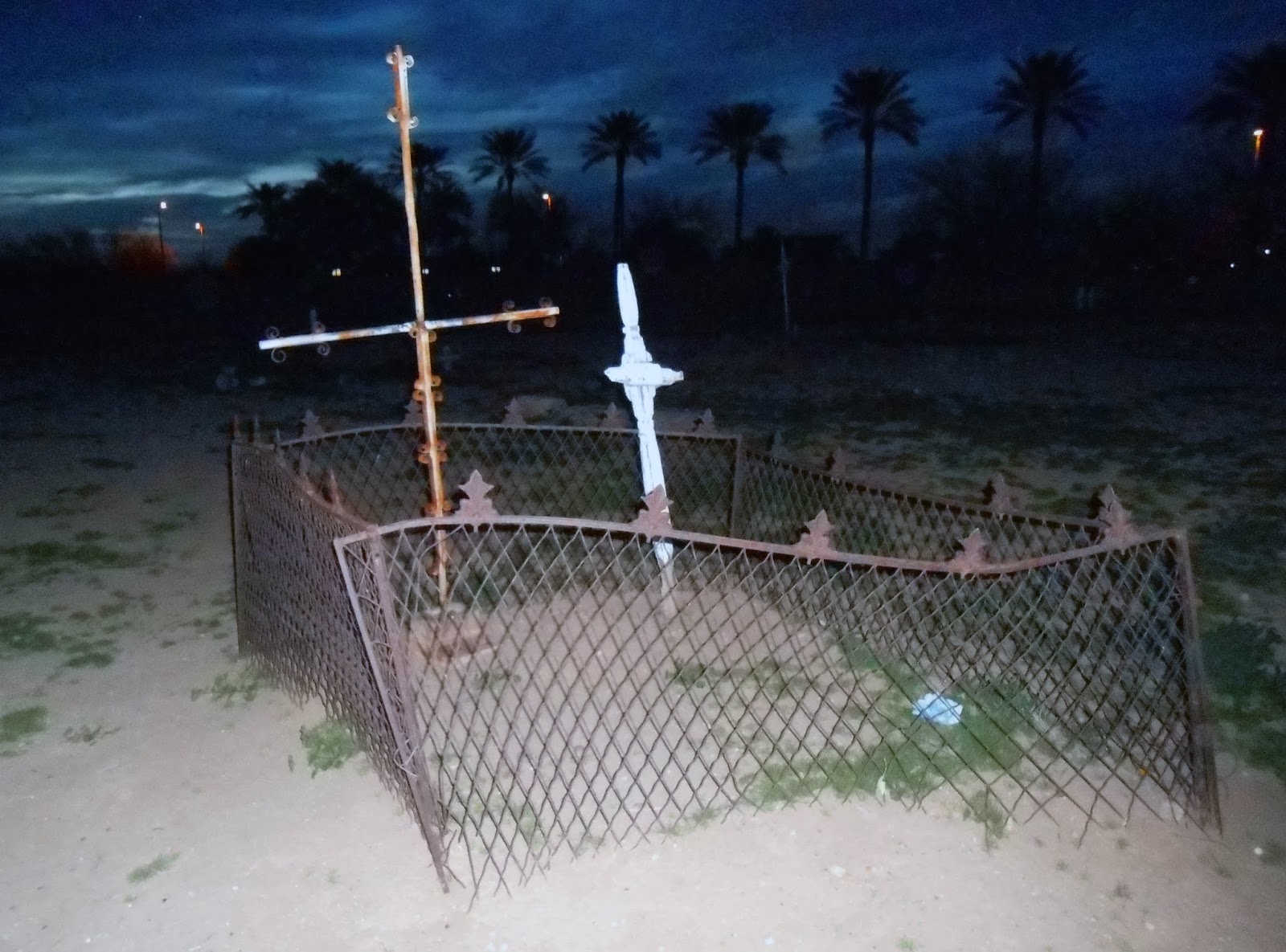 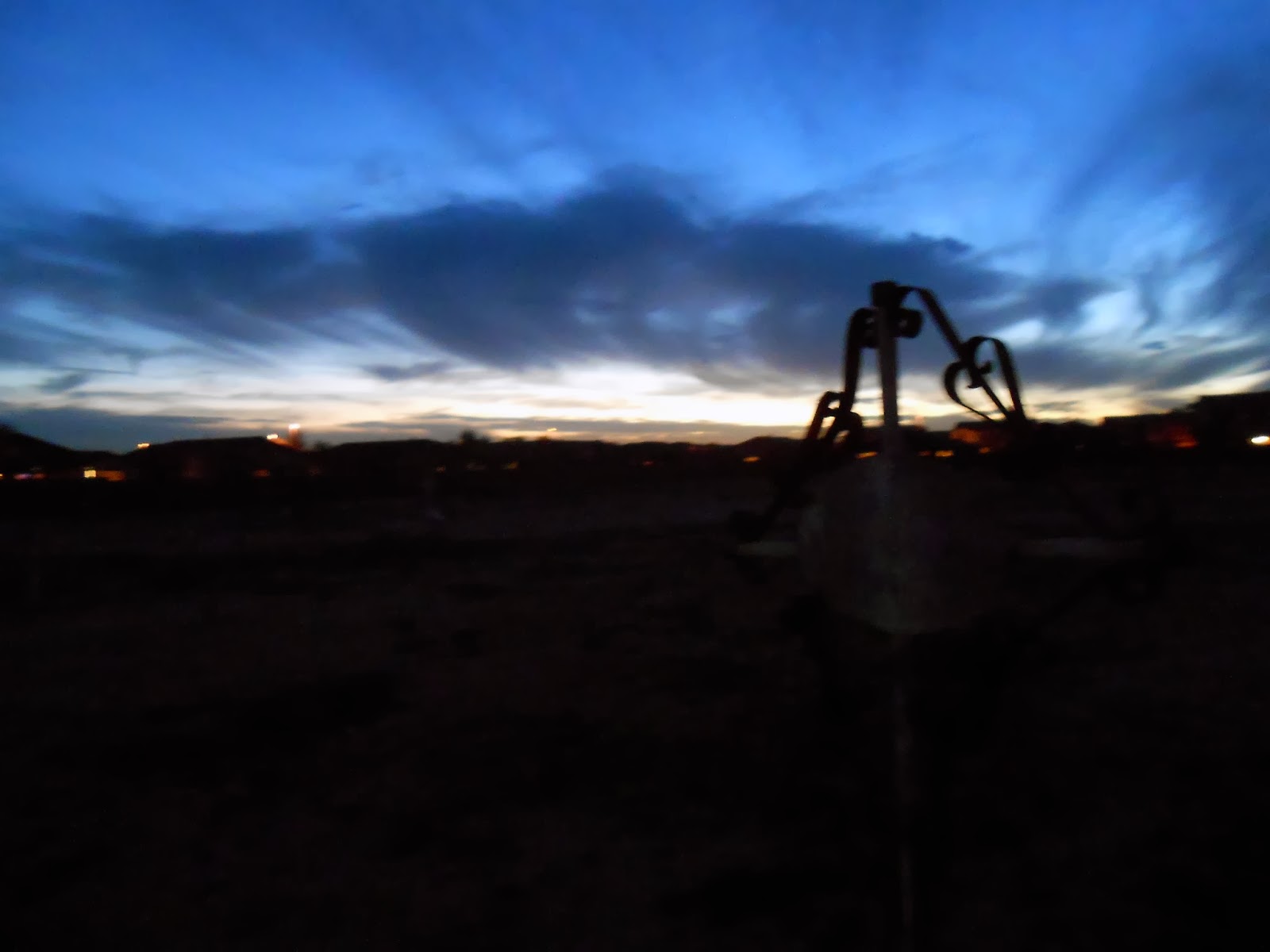 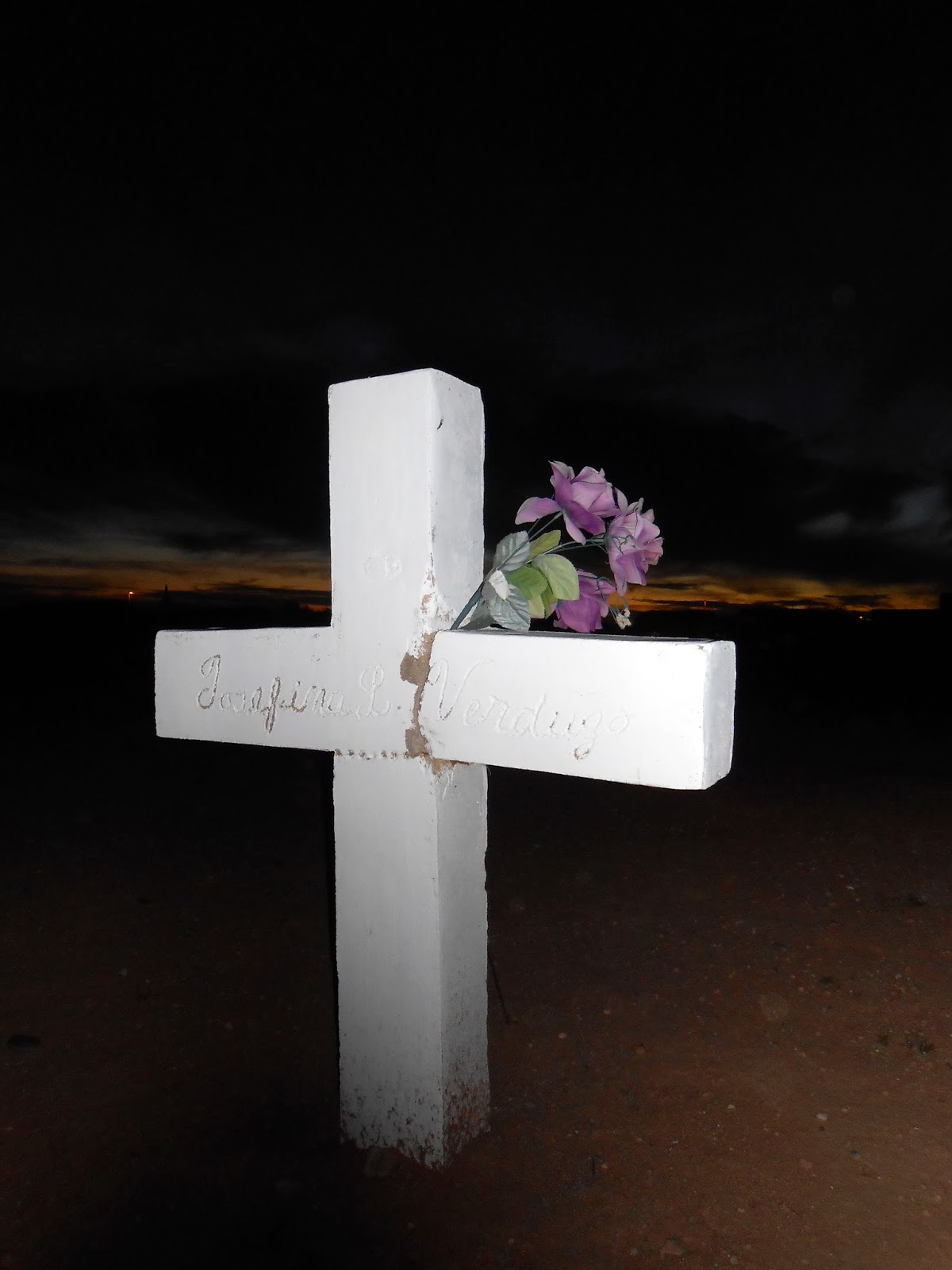