Billy and Dale the Doll 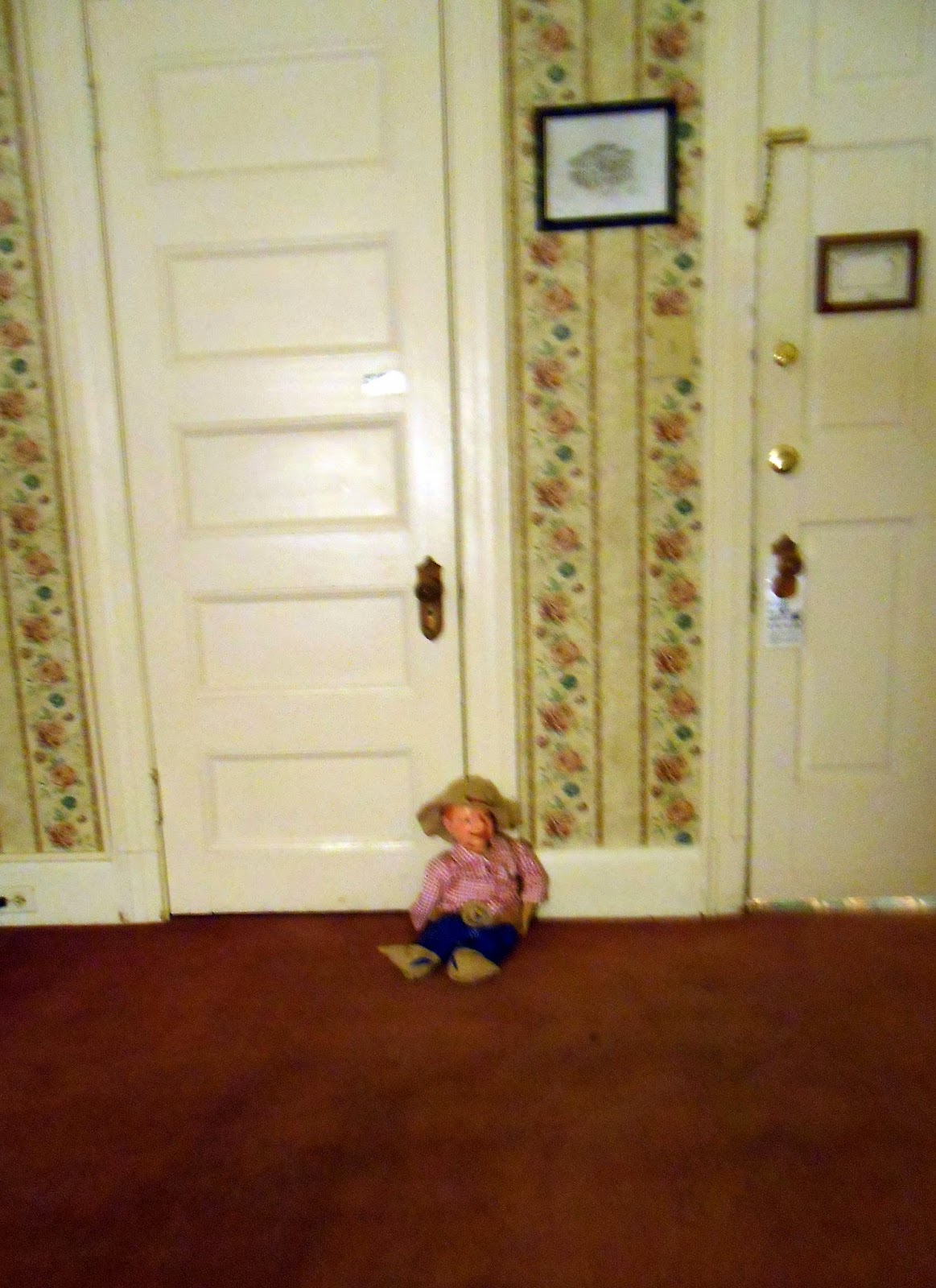 When Sharon and I went to Tombstone and Bisbee, we decided to take Dale with us.  We thought the little booger would make an excellent trigger object especially for the young ghost boy at the Copper Queen Hotel named Billy.  For the most part, he sat vigil in front of the closet while we walked around town.

The first night, we went to the bar, had dinner, and then walked the halls of the hotel.  There are many famous room throughout (as noted in my last post) and we stayed in the Grace Dodge room on the third floor.  Our room was down the hall from Julia Lowell's room, and the ghost of Billy has been seen on that floor.  During the night, I heard what sounded like someone walking around in our room.  I looked up a few times to make sure it wasn't Dale.  Thank goodness, he didn't move.  I also heard whispering throughout the night as well.

The second night after hitting the bar and walking the dark streets, we decided to try and make contact with any of the spirits that might be in that room.  Sharon put Dale on the couch with his hat covering his head and I took a picture.  She decided to try a pendulum session while I recorded the audio on my phone.  We shut off all the lights, but the room was still slightly lit up because of the gap under the door.  Right away the pendulum started moving.  She asked if the spirit was a boy and was his name Billy.  We got a "yes" answer to both.  The entire session lasted about 12 minutes.

While I sat on my bed listening to the recording, Sharon went in the bathroom.  All of a sudden, she came out with a weird look on her face.  She noticed that the hat she carefully put on Dale's face was not there and he was looking at her.  She looked all over for the hat and found it neatly tucked under Dale's bottom.  There was no way that hat could have fallen off his head and wound up under him.  We both got chills and were stumped.  Did Billy take the hat off Dale's face and put it under him or did Dale?  I am hoping it was Billy. 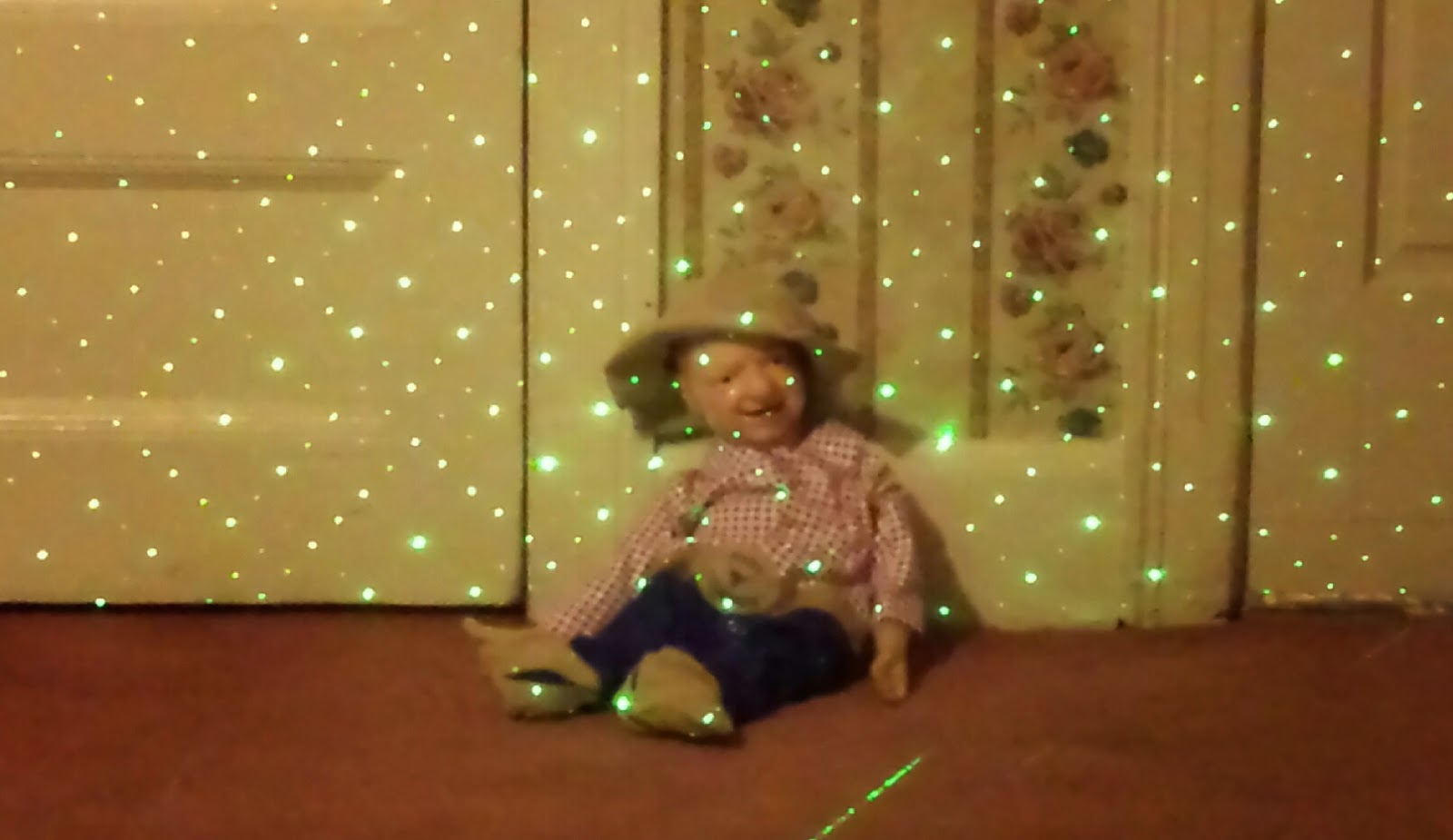 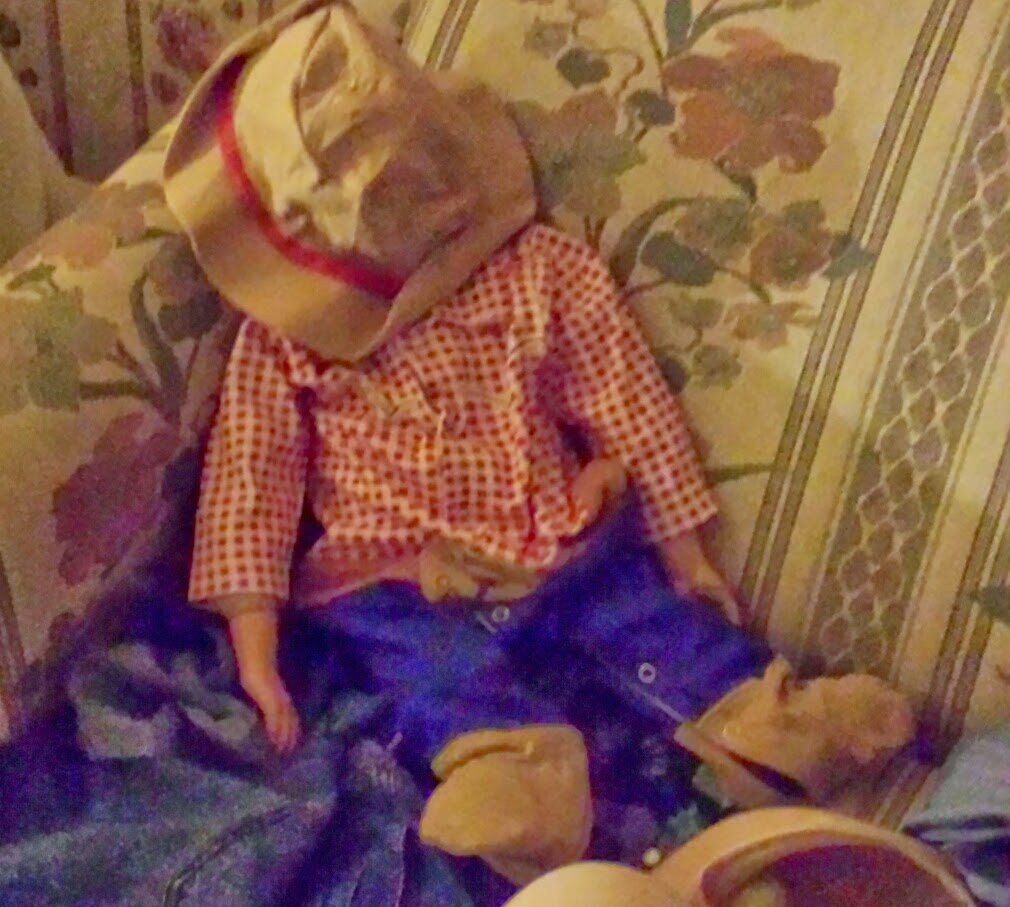