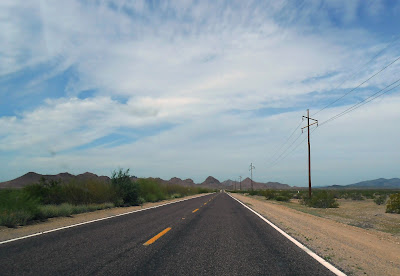 Arizona has many highways taking you all over the state. These roads travel though the desert, mountains and take you to historic sites. The incredible scenery is not the only thing people have seen on their day or night time travels on the roads. Some have witness paranormal phenomena which they cannot explain. Claims are of ghostly animals, people and objects riding through the desert or hitching a ride have been reported by many. The next time you are on Arizona’s highways, keep sharp eyes out for something or someone who may be spending eternity wandering Arizona. 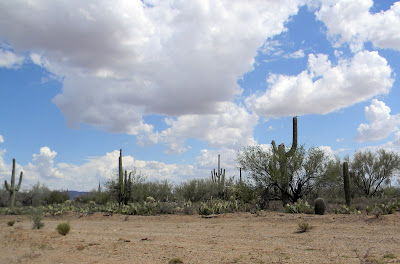 People have seen Ghost Camels meandering the desert for decades. In 1857, camels were brought to the desert to move supplies across the southwest for the army. Because camels required less water than horses and mules, travel great distances without getting exhausted, and can carry heavier loads, the War Department requisitioned the use of around 72 camels. It wasn’t long before the camel’s nasty dispositions and constant running off at night became a nuisance to the soldiers. After the Civil War, the camels were either auctioned off or simply let loose in the desert. The last of the camels found in the desert was in the early 1900’s. It was captured and lived out its life at a zoo in California. Now all people get glimpses of are ghost camels who are still lost and roaming the desert.
One story is that of the “Red Ghost” camel and its headless rider. They say the rider was a young soldier who was deathly afraid of the camels. In order to help him get over his fear, they tied him on top of a camel and smack the beast on its ass. The frightened animal ran off into the dark desert with its helpless rider never to be seen again. Is he the headless rider people have reported seeing? If so, how did the poor man’s head get severed from his body? I have no answers but keep a lookout for the both of them while traveling on the highways. 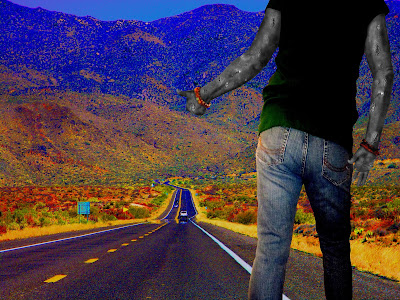 Arizona highways seem to go on forever in some parts of the state. It is hard to not let your mind wander while traveling to your destination. Along the way you might run into a hitchhiker or two. Most of them are real live people needing help getting to their journey’s end, but there is one near the community of Anthem north that appears to be a phantom hitchhiker. Anthem is located north of Phoenix on Black Canyon Highway (Interstate 17). A shadowy male figure has been seen along the highway holding a lantern. The Anthem Hitchhiker is the name he was given because of the location people have laid their eyes on this ghostly figure. He appears to be waiting for someone to give him a ride but one big problem; he is a ghost and has been dead for years.
The story told of this unlucky gentleman was that he was hitchhiking and hit by a car on that very spot. He was on his way to Phoenix, but never made it. Now he can be observed on the side of the road with his lantern trying to get a ride. Those who have dared to offer him a ride has pulled their vehicles over just to witness him evaporate into thin air. Others who were not so brave would quickly drive by and look in their rear-view mirror only to see him disappear before their eyes. If you are ever traveling on Interstate 17 near Anthem when the skies are dark and the moon is out, beware of the phantom hitchhiker.
Anthem
http://www.onlineatanthem.com
Outlets at Anthem
4250 W Anthem Way
Phoenix, AZ
Phone: (623) 465-9500
Website: www.outletsanthem.com 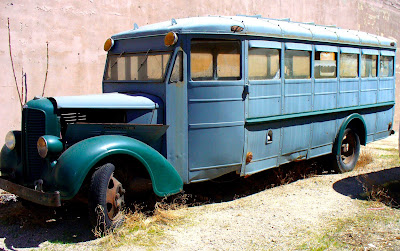 If an eerie ghost camel or hitchhiker doesn’t stir up your paranormal juices, how about a ghost bus? The Ghost Bus of Union Pass has been seen by many who travel on U.S. Highway 93 from Phoenix to Laughlin, Nevada. It was in July of early 1990’s when Bus 777 with its 48 passengers headed off from Phoenix to Laughlin. They were excited to relax and do some gambling at the casinos. The driver took U.S. Highway 93 and headed north to his destination. After a brief stop in Wickenburg they continued on but had bus problems along the way. It overheated when they stopped in Wikieup and the driver wanted to wait for another bus. The passengers were eager to start gambling and encouraged the driver to push on. By the time they got to Union Pass the bus broke down. The 48 passenger pushed the bus up the hill, quickly got in, and rode the bus down. One witness said the bus was flying at a hasty pace and disappeared behind a hill. Bus 777, its driver, and passengers were never heard from again. The police were puzzled by the scene of the accident because they found no skid marks or any indication that a disaster of any kind occurred in that location.
Three years after Bus 777 disappeared; people driving along Highway 93 have reported seeing a phantom bus near Union Pass. Usually the witnesses were on the highway at night, traveling between Wickenburg and Wikieup, and noticed headlights rapidly approaching their vehicles. The driver would honk and was afraid of being hit by the oncoming bus. To their shock and surprise, the bus lapses through their automobile, causing the driver and their passengers to scratch their heads in wonderment. Perhaps while you are traveling on Highway 93 near Union Pass, you might come across the ghost bus too.
Wickenburg
http://www.ci.wickenburg.az.us
Laughlin, Nevada
http://www.visitlaughlin.com 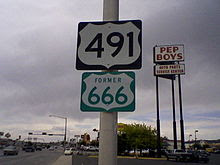 Objects, people and animals a not the only things paranormal on the Arizona highways. How about a haunted highway for you to drive on? On the eastern border of Arizona near Safford and Holbrook and up to the Four Corners is Route 666 known as the Devil’s Highway. Many bizarre stories have been told of people while they were traveling on that highway. The road with its steep curves and dangerous switchbacks also has claims of ghosts, peculiar creatures and UFOs scaring those who drive its eerie pavement. Other oddities reported are green lights accompanied with loud shrieking and a thick fog which surrounds their vehicles. In 2003 the Devil’s Highway was renamed U.S. Route 491. Are people still experience weird phenomena on this highway after the name change? Why don’t you travel on it and see for yourself.