Lake Havasu: The Ghosts of the London Bridge 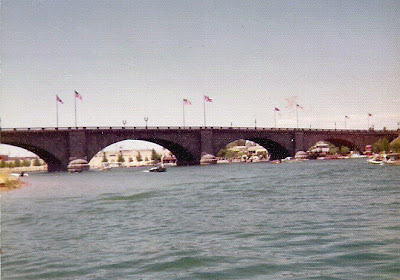 Every year during spring break, thousands of college kids and others flock to Lake Havasu City to blow off steam. The lake is basically a favorable size body of water near Parker Dam located on the Colorado River. Besides the spring breakers, there are many fishing tournaments held there as well. The lake is acknowledged for having enjoyable fishing and boating for a relaxing way to past the time.

One reason to visit Lake Havasu is for the lake’s recreation, but another is to see the historic London Bridge. It was built in 1831 in London, England by John Rennie, who was an engineer. Rennie passed away before the bridge was finished and his son fulfilled his father’s project. By 1962, the bridge was sold by the City of London to Robert McCulloch because it could not sustain the enhanced traffic. McCulloch originated Lake Havasu City, was the chairman of McCulloch Oil Corporation, and retired in the town he founded. He bought the bridge to draw in the tourist to his community and his plan worked. Each granite block was numbered, shipped to Arizona piece by piece, and reconstructed over the canal connecting an island to the central area of the city. The entire project was finished in 1971 and people could not wait to walk on the historic bridge. Retirees bought homes there and shortly afterwards, collage kids found it to be a great place to party after stressing over mid-terms. They added a quaint “English Village” with double-decker buses, museums, shops, pubs, and restaurants to give you the feeling that you were in London.

Some wonder when the bridge moved to Arizona, were their ghosts attached to the blocks? When the bridge was dedicated in 1971, a woman experienced seeing figures in the crowd with era pieces of clothing on. She dismissed them as part of the celebration but others saw them too and noticed they were slightly transparent. Shortly afterwards, the foursome disappeared before many witnesses eyes. After that, there have been numerous reports of seeing apparitions with retro costumes appearing and quickly disappearing while on the bridge. The history of the bridge, while it stood in London, has many tragic deaths attached to it. A fire in the countless buildings arranged along the bridge trapped and killed many humans and there were several drownings below the arches of the bridge. With that entire calamity surrounding the London Bridge, it appears that some of the dead cannot let go of the viaduct’s stones no matter where it is located. 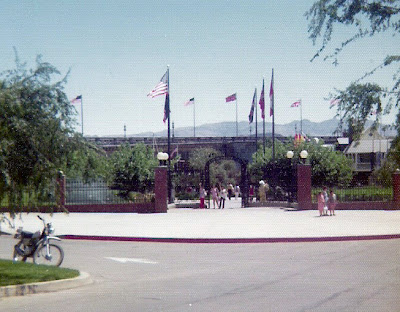