(The Town Too Tough to Die) 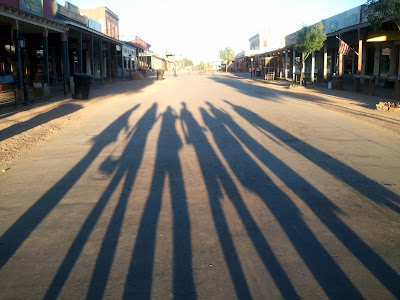 If there was any town in the Arizona Territory which had a number of reported notorious events in the 1880’s, it would be Tombstone. Like many of the other mining towns, Tombstone was founded after a rich vein of minerals was discovered by a prospector. This particular miner was named Edward Lawrence Schieffelin who arrived in the San Pedro Valley in the summer of 1877. He lived at Camp Huachua (wa-chu-ka) scouting for Apache while searching the Mule Mountains on his days off and hoping to strike it rich. He was often asked what he was doing up in “them their mountains” and he would reply by simply saying, “to collect rocks”. One soldier told him, “If you keep fooling around amongst the Apaches, the only rock you will find will be your tombstone”. Finally, his persistence paid off when he discovered a large vein of silver near the area known as “Goose Flats”. He named his claim “Tombstone” and by early 1879, the City of Tombstone was built. The lots along main street, or Allen Street, sold for $5.00 each. The entire town had 40 cabins and a population of 100 residents. 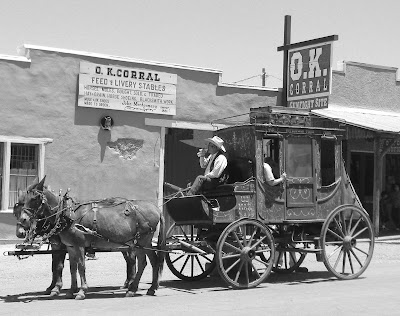 By 1880, there were four towns in the mining district which were thriving and Tombstone was the largest. The population exploded to 3,000 and a year later it more than doubled to 7,000 souls. Before the decade was over, the number of men, women and children was over 10,000. Tombstone had more brothels, gambling houses, saloons than any other town in the southwest. The town’s Bird Cage Theatre was called, “The wildest, roughest, wickedest honky tonk between Basin Street and the Barbary Coast” by the New York Times. The other theater in the desert settlement was named, Schieffelin Hall, after the town’s founder, Ed Schieffelin. 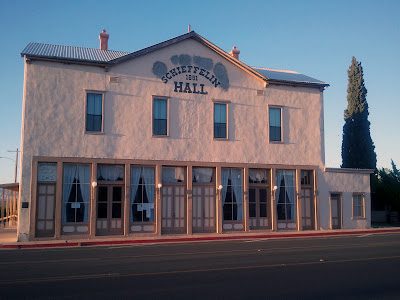 Many famous people walked the dusty streets of Tombstone. Some were lawmen, outlaws and celebrities such as the Earps, Doc Holliday, Big Nose Kate, the Clantons, and Johnny Ringo to name a few. (I write about six outlaws and their lives in chapter three.) One of the most famous historical events took place in Tombstone and involved some of those well-known people. On October 26, 1881, the Gunfight at the O.K. Corral went down in a bloody bath of riddled bullets, killing three and wounding others. Several vengeful acts followed this event leaving lots of dead bodies throughout the town and surrounding area. During this time, the town’s undertaker was busy taking bodies to the nearby cemetery, Boothill Graveyard, to be buried.
Tombstone continued to prosper for many years to come. The population was at its peak and all the businesses in town were flourishing. The turn of the century was good for Tombstone, but it also brought several tragedies the town couldn’t come back from. Two fires almost destroyed the town while the mines were experiencing floods. The miners dug holes in the pits trying to reach the silver. The cavities reached the 520 foot level hitting the water table and flooding the mines. They tried to pump out the water, but after a couple years, they shut it down because of high costs. The high waters ruined several of the structures in town causing the businesses to shut down. Many of the residents and visitors left the settlement leaving Tombstone as a virtual ghost town. By the early 1930’s, approximately 150 people were living in the small desert city.
With the popular interest in the history, people wanting a Wild West experience, and the many ghost sightings, Tombstone is thriving once again. Today, roughly 1,500 people are living in town, maintaining the past and legacy of this historic place. With all the prosperity and liveliness present day Tombstone is enjoying, it has earned the title, “The town too tough to die”. 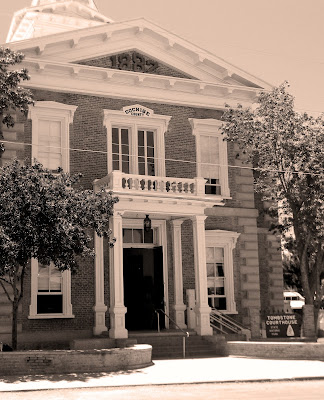 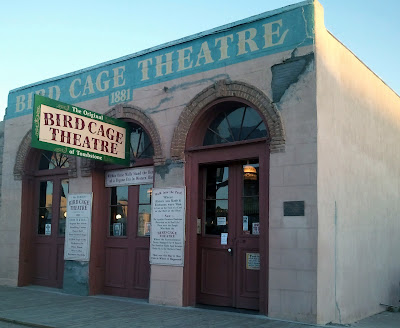 Tombstone has many attractions to make your Wild West experience more fun. Allen Street (Main Street) is blocked off so no vehicles can drive down and the horses and wagons can roam free. Take a stagecoach ride around town and see where many of the historic sites are located. Learn the history of each place and what famous person once walked the wooden floors and dirty streets. Tombstone has museums located in various places around town such as the Courthouse and Bird Cage Theatre. There are plenty of places to eat and shop while watching an old west gun fight in the middle of the street. Tour the infamous O.K. Corral and stand where Wyatt Earp once stood. Along Main Street is the Ghost and Legends Tour with a ghostly Doc Holliday guiding you though the historic events which went down in Tombstone. Finally, don’t forget to stop and take an old fashion picture of you with your friends and family. 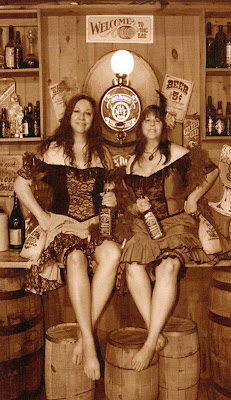 Tombstone has all you need to make your Wild West experience complete. For those of you who would like to experience a ghost hunt, the Bird Cage Theatre can be rented for just that occasion. Contact them at (520) 457-3421 or www.tombstonebirdcage.com for prices, and to book a time/date for your ghost hunt.
Information and Tourist Guide
www.tombstoneweb.com
Tombstone Chamber of Commerce
www.tombstonechamber.com
City of Tombstone
www.cityoftombstone.com
Directions: To find Tombstone from Tucson you take U.S. Interstate 10, east to exit 303, merge onto AZ Highway 80 east to downtown Tombstone.
ghosts haunted places historical lawman mines outlaws wild west