- January 30, 2012
A year ago, Sharon and I took the same route to Wickenburg and then to Prescott where we stayed the night.  Along the way we stopped in Morristown because a large abandoned building was right on the road just begging to have its picture taken.  Behind it was a trailer we figured the owners must have lived in at one time.  We couldn't pass it by on this trip, so we decided to take another look to see what a year and the harsh desert elements did to the structures.

The building looked basically the same with the vines growing up the side looking a bit more dead than they did a year earlier.  The trailer looked like it took a beating and looked much more haggard than the first time around.  Time was not kind to this poor little trailer sitting under the huge tree. 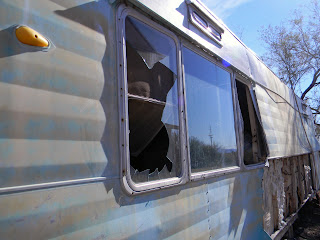 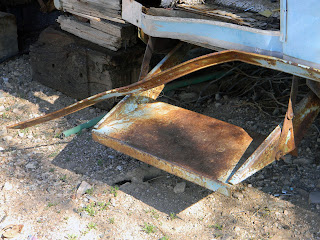 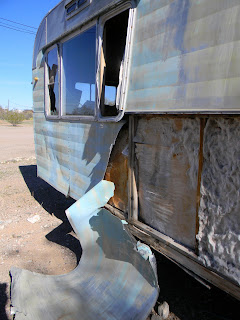 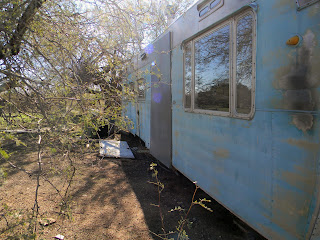 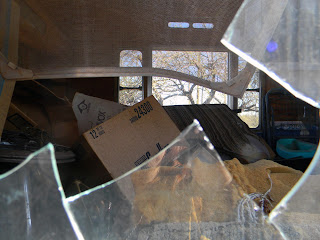 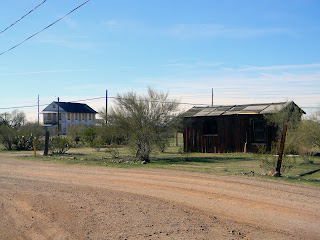 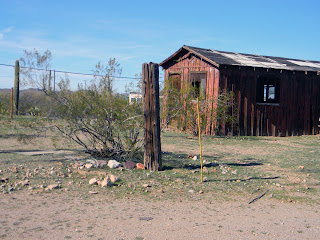 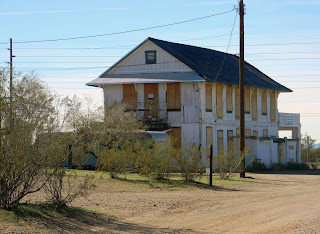