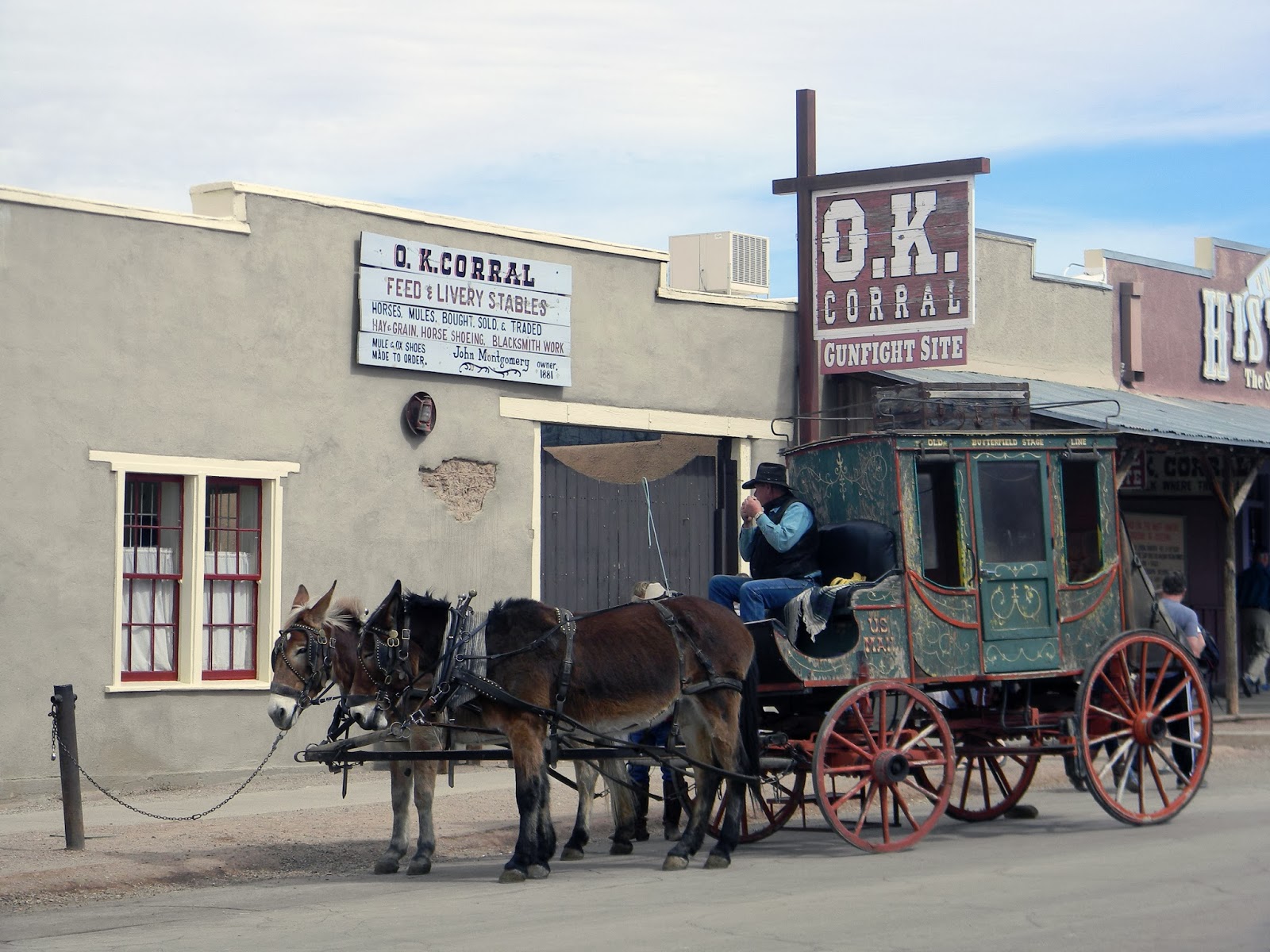 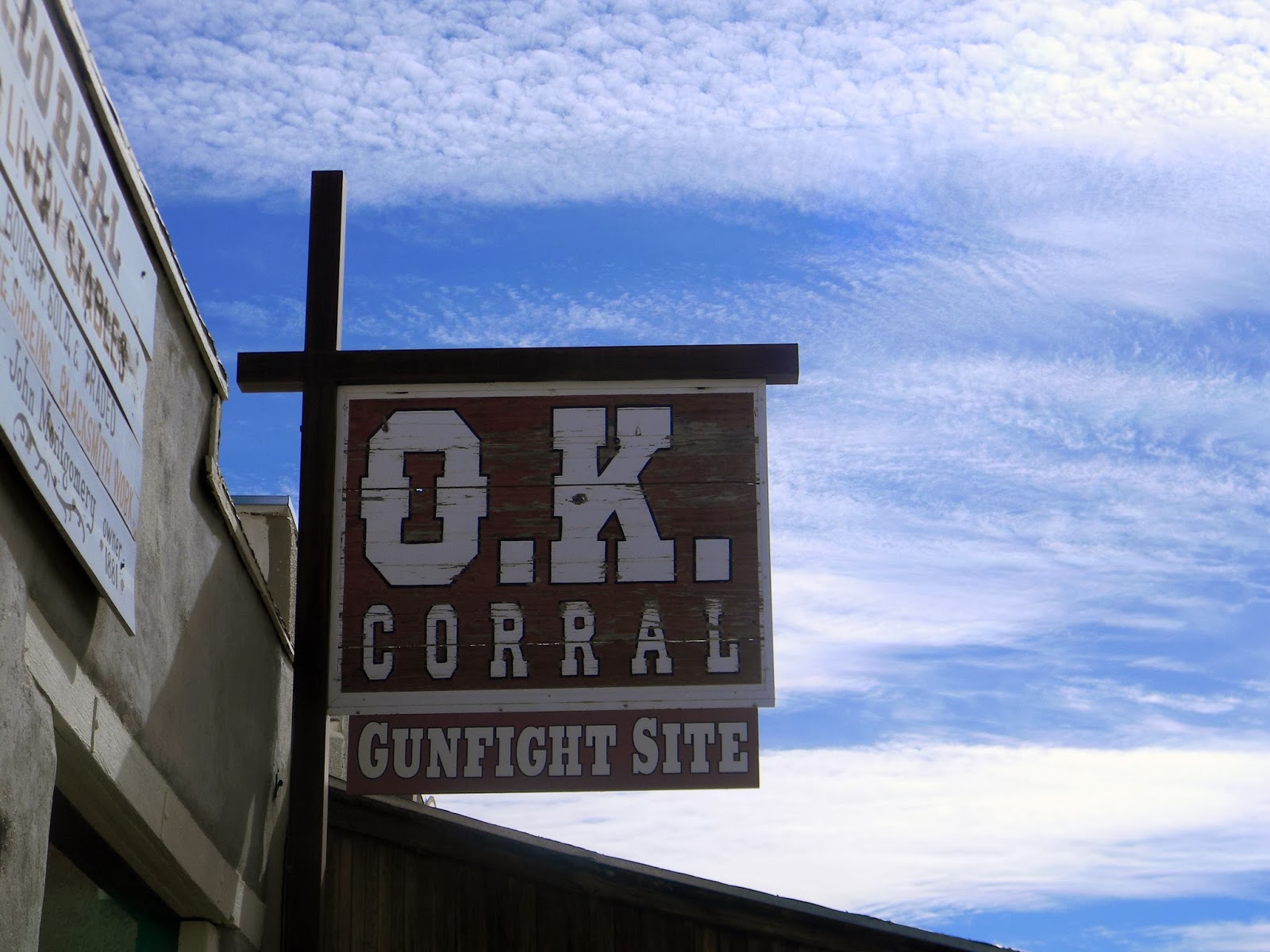 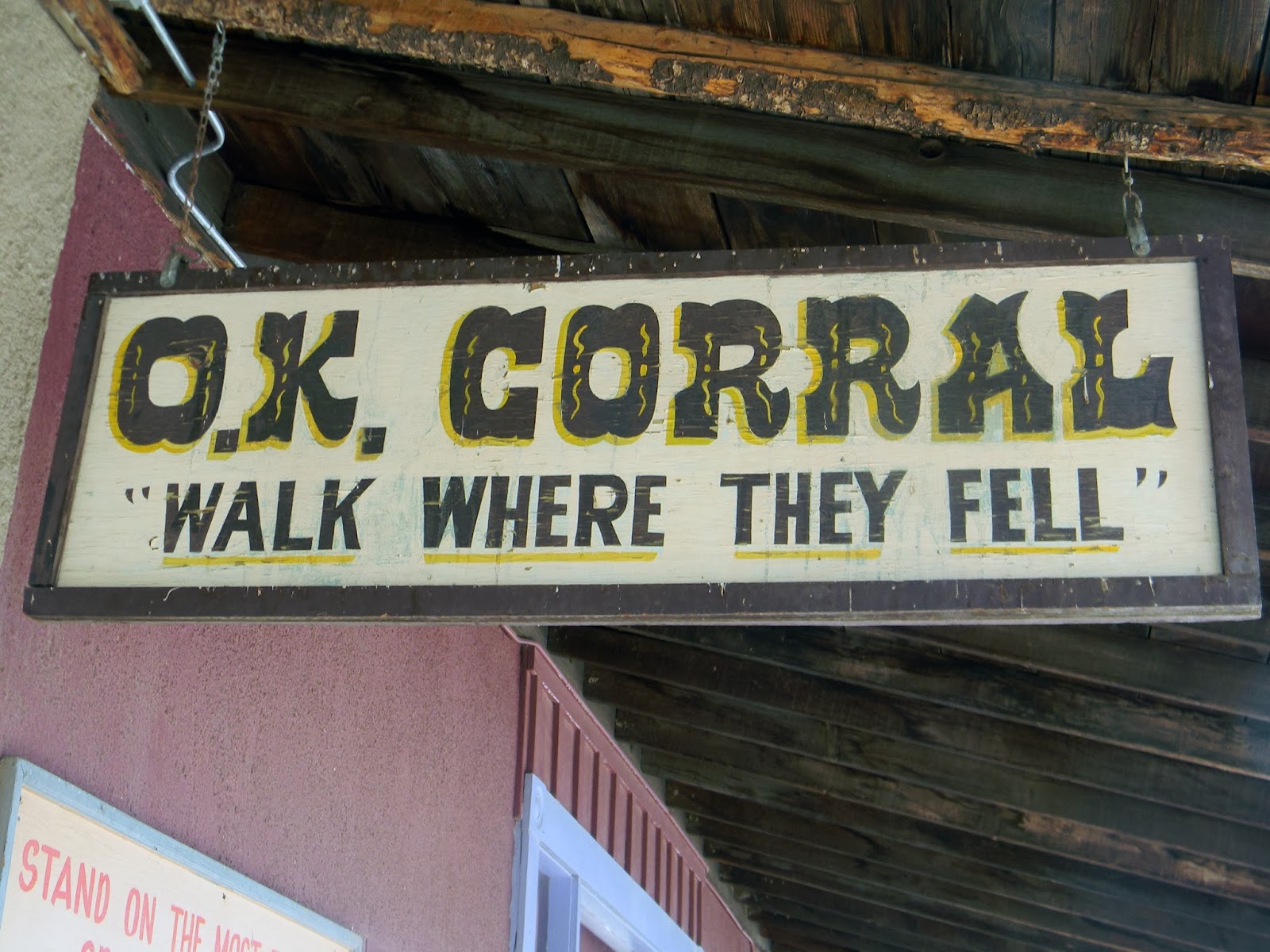 It was Wednesday, October 26, 1881 in Tombstone, AZ and started out as a normal day, but would end with a historic event.  The Earps and Doc Holliday got wind that the Clantons and McLaury brothers were seen near the O.K. Corral, packing heat and talking smack.  (Wild West terminology of course, lol.) The long history and feud between the Earps and Clantons was finally about to become a bloody battle.  Wyatt, Virgil, Morgan Earp and Doc Holliday were face to face with Billy Claiborne (or Clayborne), Ike and Billy Clanton, along with Tom and Frank McLaury.  At 3:00 pm the shooting began and about 30 seconds later, three laid dead (McLaury brothers and Billy Clanton), while Ike and Billy Claiborne ran away unharmed.  Both Virgil and Morgan were wounded, and Wyatt and Doc were uninjured.  After that day, there was a huge funeral for the boys, the Earps and Holliday were arrested and at the trial the judge found there was not enough evidence to convict the men.  Many say that the gunfight was actually fought in the intersection of Third and Fremont Streets behind the O.K. Corral. 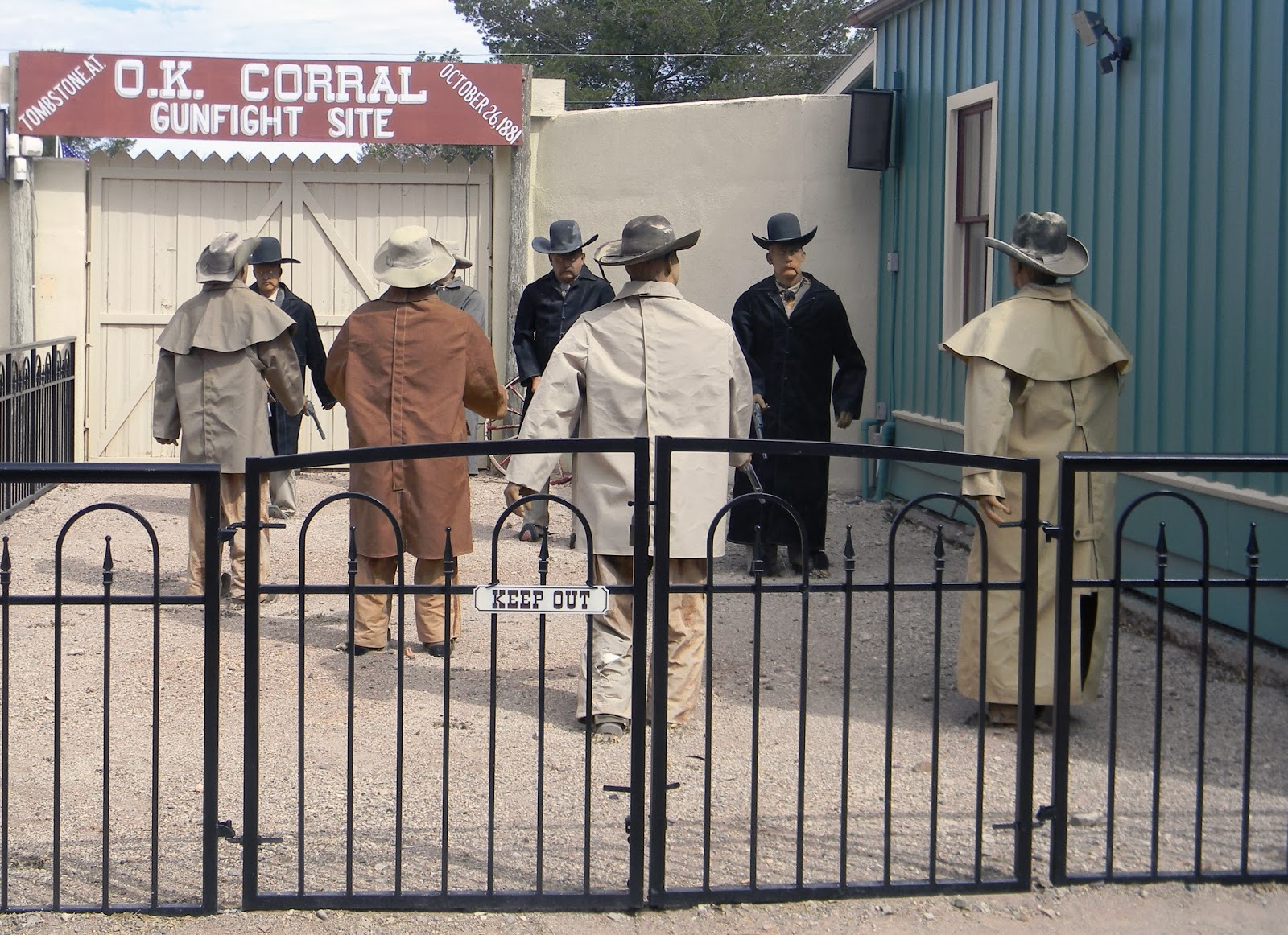 The gunfight didn’t end things because on December 28, 1881, Virgil Earp was mortally wounded by the outlaw cowboys and the following year on March 18th, Morgan Earp was shot and killed.  Wyatt along with Doc and other men got warrants and started the Earp Vendetta Ride going after all the men they believed targeted his family.

Come and visit Tombstone and the O.K. Corral.  Stand in the area where the bloody fight happened and be sure to stay for the re-enactment.  It gives you a glimpse into the events leading up to one of Arizona’s most famous battles. 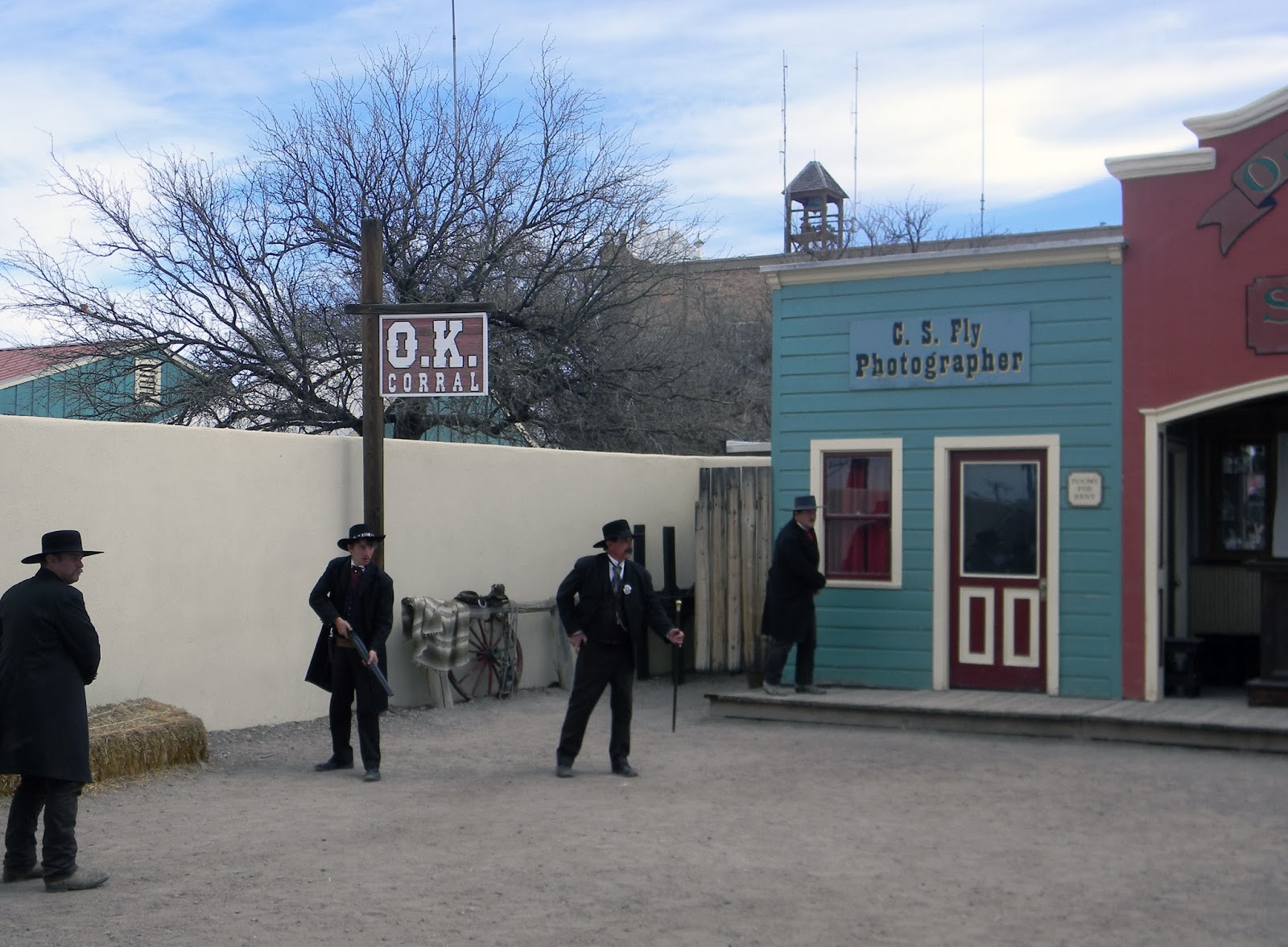 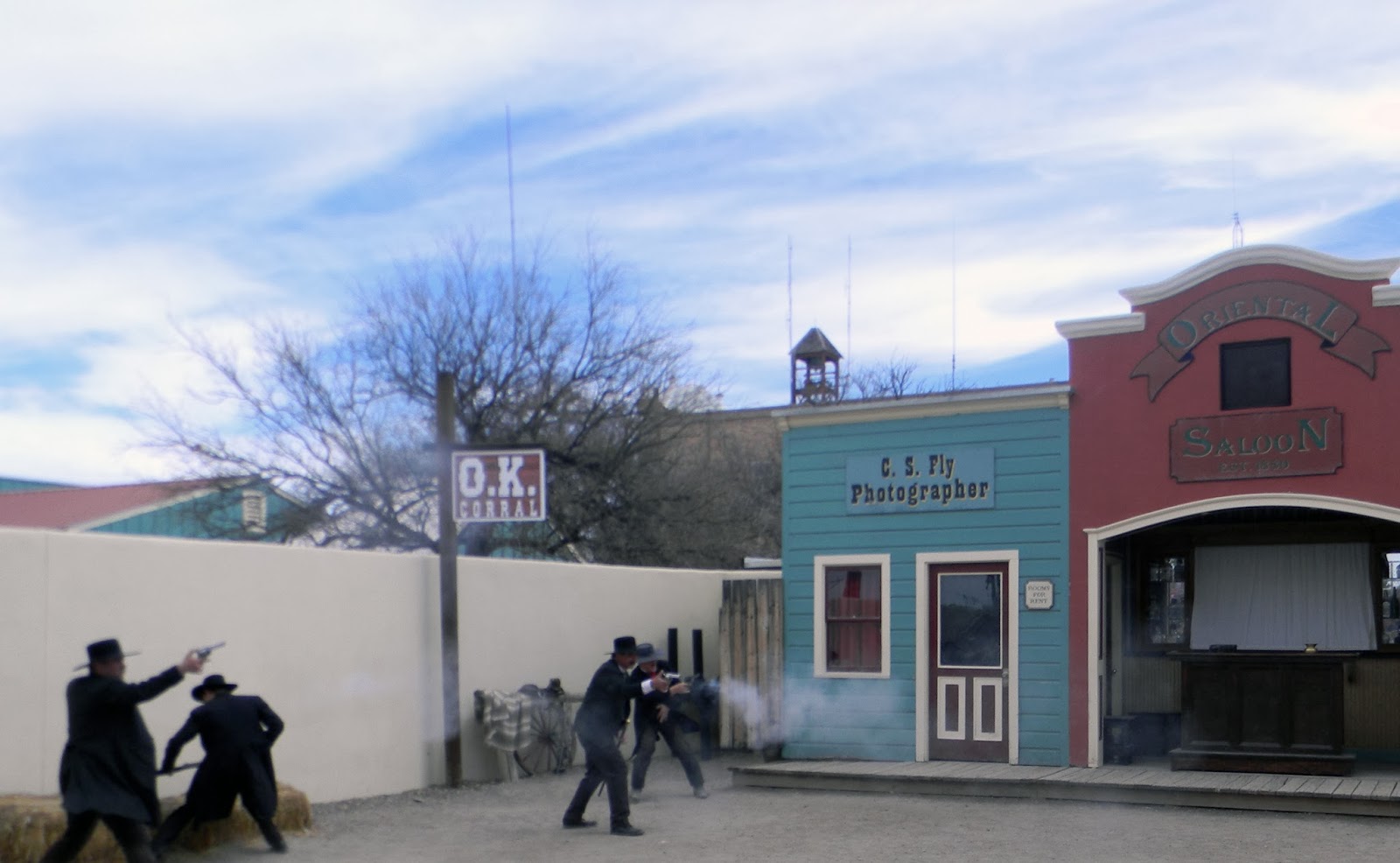 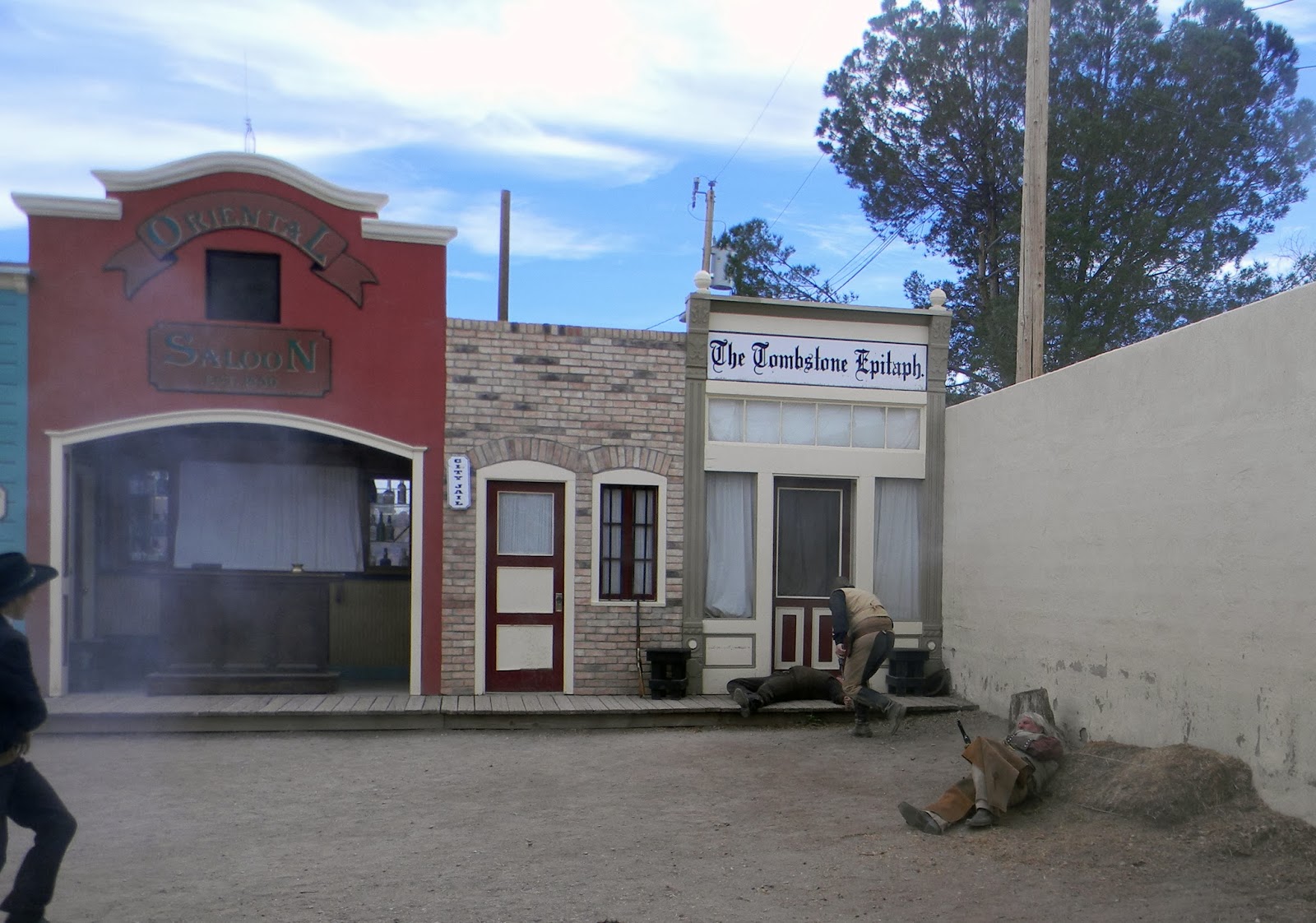 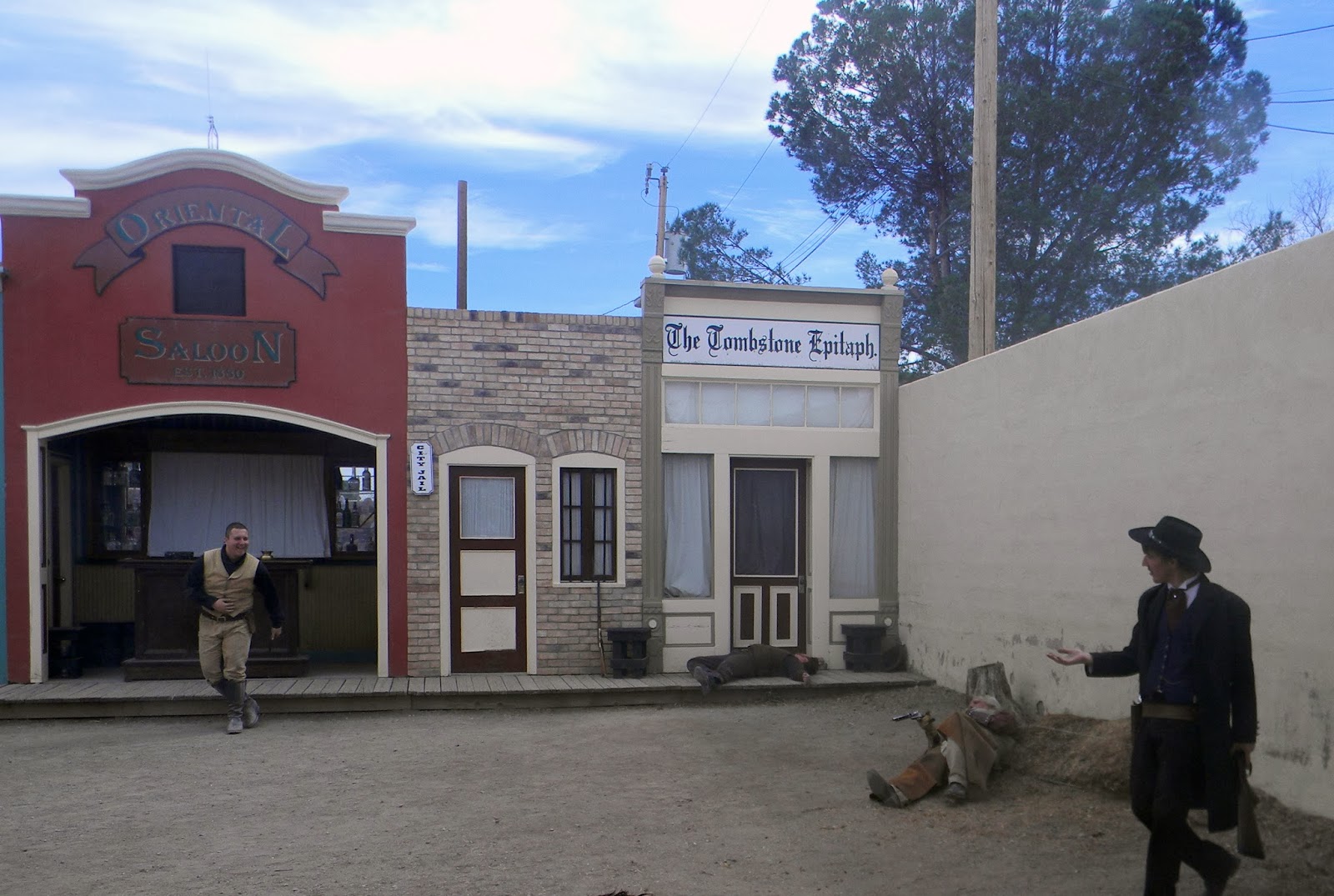 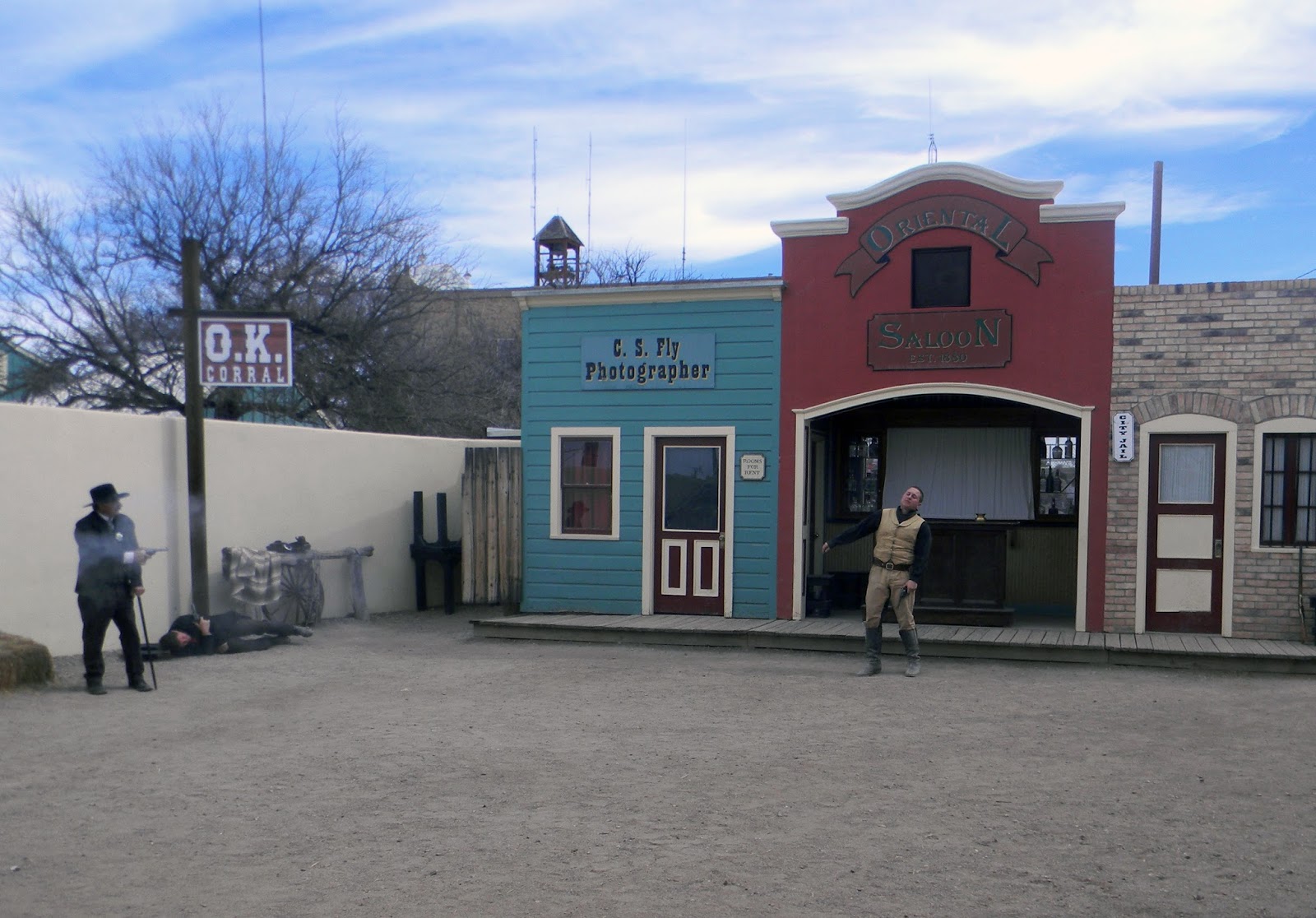 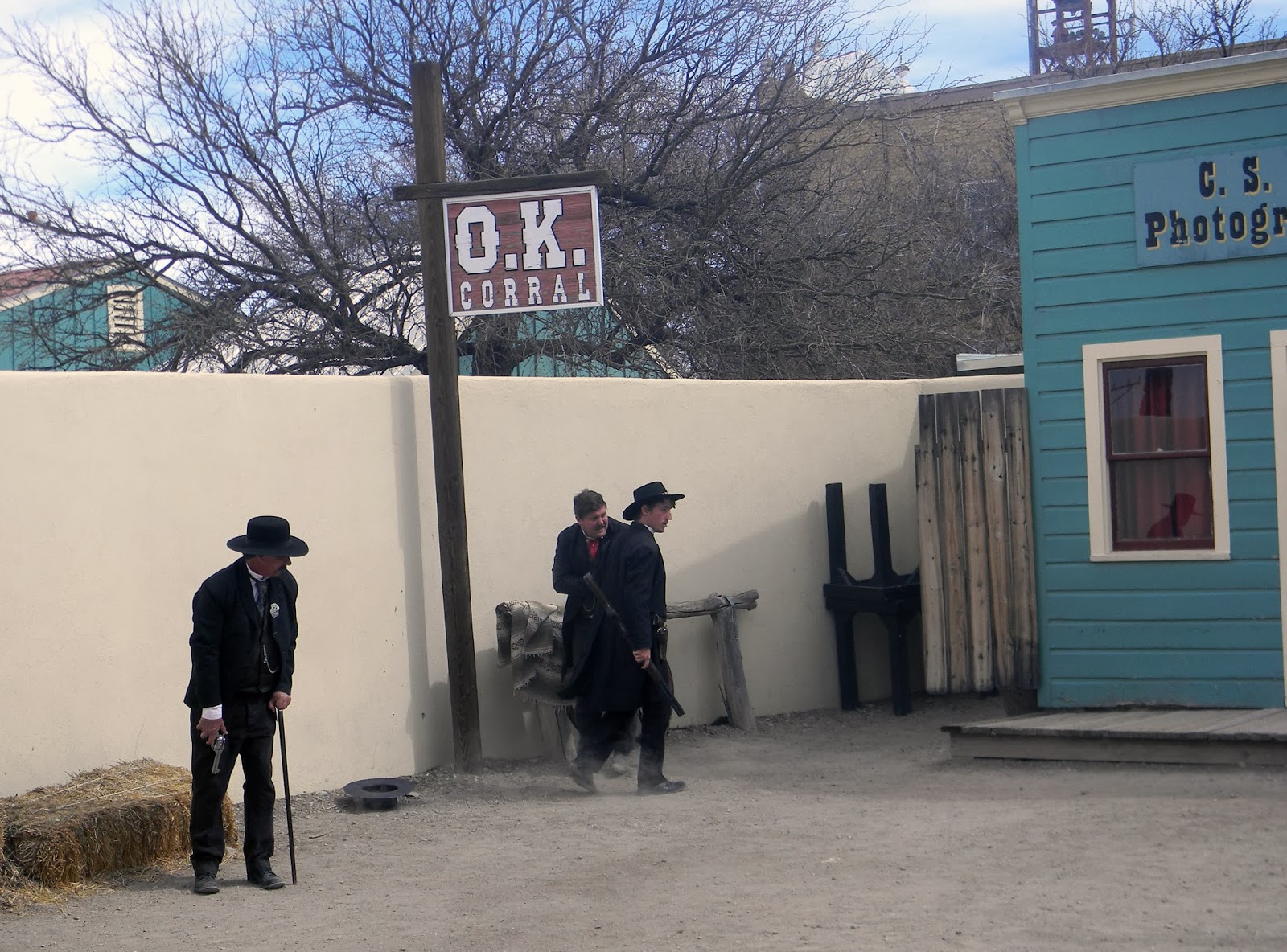 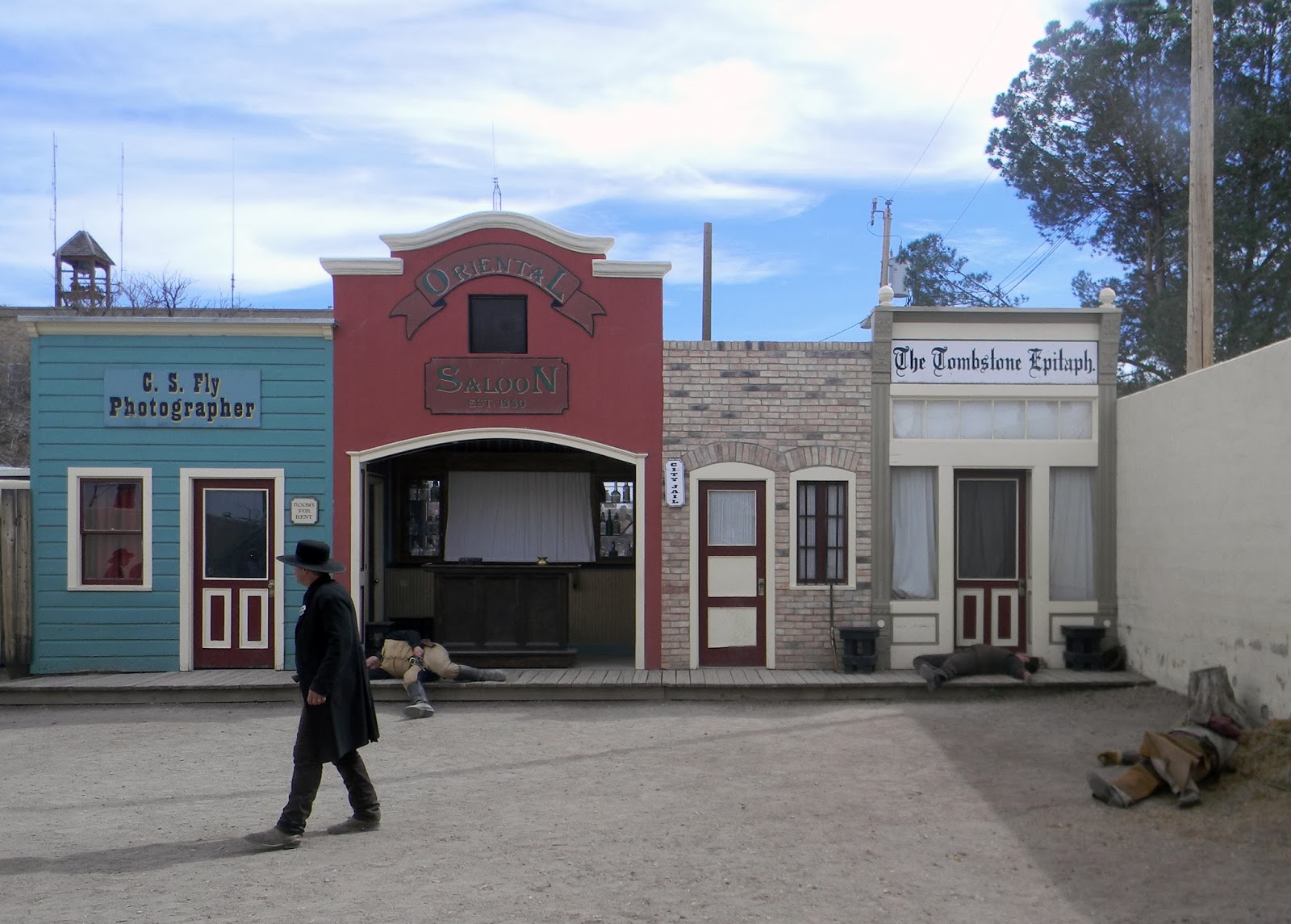