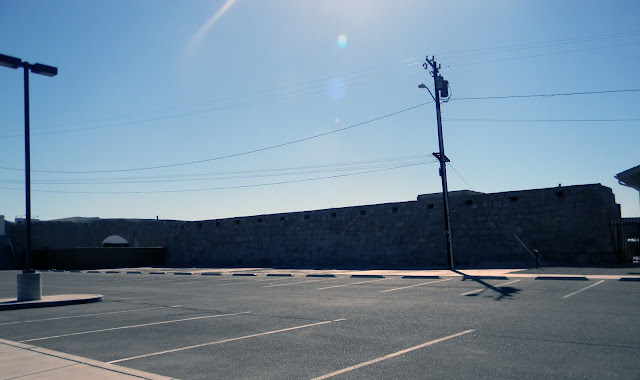 Yuma is definitely one of Arizona’s hottest cities with temps rising well over 110 degrees for several days in the summer.  Yuma is located along the Colorado River and is the gateway between Arizona and California.  It is also the way many will travel to get to Baja California.  Those coming from Arizona to San Diego will usually find themselves traveling through Yuma to get to their location.
A Spanish excursion navigated their ships up the Colorado River in 1540 and came across the area where Yuma is now located.  They found the area to be a perfect locale for a community to flourish.  There were other villages along the river where Indian settlements existed and they choose not to disturb them.  The explorers referred to these people as “Yumas” which meant smoke in Spanish.  The Native Americans of Yuma lived quietly until the 1680’s when Father Eusebio Kino came to the region, mapped a 200x250 mile area which encumbered three states, set up missions, and then explored the Baja California area noting that it was not an island, but a peninsula.

It was the gold rush of 1849 that help get Yuma noticed because many traveled through the territory to get to California.  These gold seekers found it to be the fastest route to get to their fortune.  Yuma was called Colorado City at the time and because of its significance, Fort Yuma was built where they could oversee the path those took across the river.  In the late 1800’s, the U.S. Army Quartermaster Depot was built which today is part of Yuma’s state historic park.  Some of the building’s walls still remain.  A road was finally being constructed along with a post office.  Unfortunately, it was swept away by a flood in 1862, so when the settlement was reassembled, they changed the name to Arizona City.  In 1864, the Pony Express started their runs in the town.  In 1871, Arizona City became incorporated and two years later in 1873, it was given the new name of Yuma.  In 1876, the Yuma Territorial Prison was launched on a hill diagonally from the fort.  It quickly gained a reputation as a gritty place with some of the most infamous prisoners spending time behind bars in the tiny cells.  The railroad was next to land in Yuma which spawned the movie 3:10 to Yuma.

By 1905, the Laguna Dam started construction and was finished four years later.  The dam made it impossible for the steamboats to continue using the river.  The dam also made it possible for irrigation and the flourishing of farming.

From their website, they note some of Yuma’s firsts.  Here is what it says:  “Through the early years of the century, Yuma was still a place for firsts:  the first plane to land in Arizona touched down here in 1911; the first highway crossing of the Colorado River was the Ocean-to-Ocean Bridge in 1915; Fly Field (now Marine Corps Air Station Yuma) was one of the first airports in Arizona and in 1928 hosted 25 planes in a cross-country air race.  In 1929, the famed aviatrix Amelia Earhart ran off the end of the runway in Yuma while competing in the first Women's Air Derby from Santa Monica, Calif., to Cleveland (Earhart had a new propeller flown in, continued the race and finished third).”

The orgainzers of Yuma decided to rejuvenate the riverfront and their historic district. They began this task in the 1990’s with the overhaul and renewal beginning in 2002.  The first of their endevors was the West Wetland Park and two years later the East Wetlands Park was refurbished.  Also in 2002, the Ocean-to-Ocean Bridge was restored and revived for public traffic.  New pathways along the river were constructed along with a conference center and hotel.  Many more museums, exhibits were opened along with revitalization of several historic buildings.


I just spent some time in Yuma with Sharon and we had a nice time.  We only stayed one night and toured the Yuma Territorial Prison.  We drove through the historic downtown, but didn’t stop.  Next time we will.  Meanwhile, my next posts will be about the prison, its history, photos, and some of its notorious prisoners. 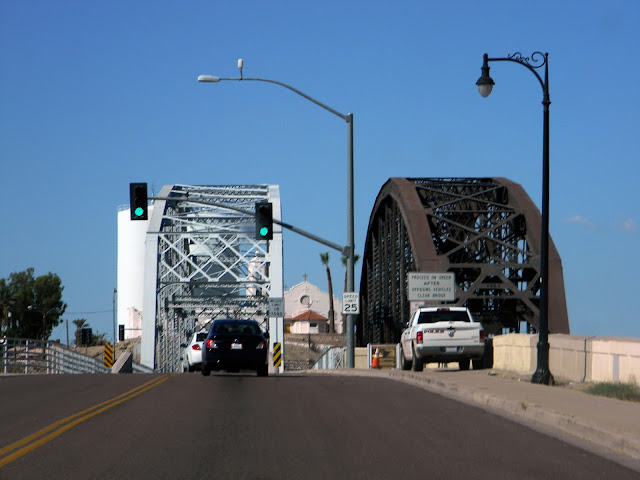 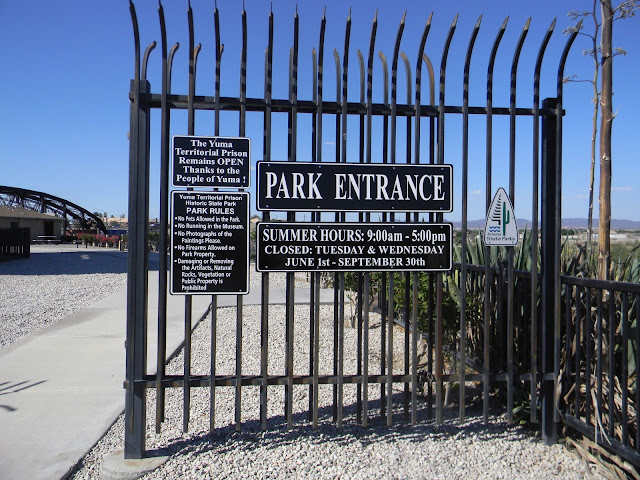 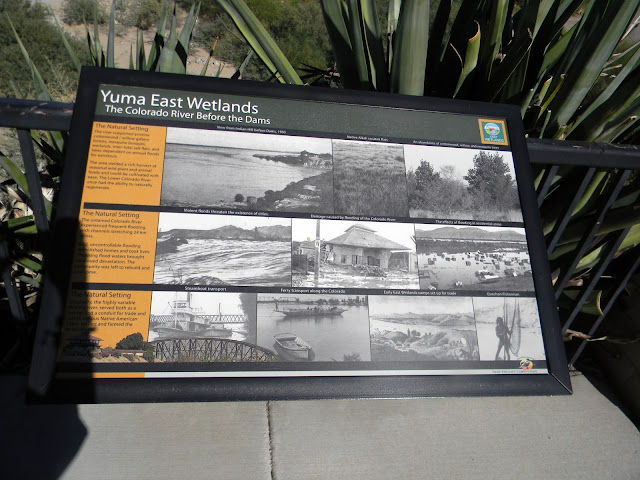 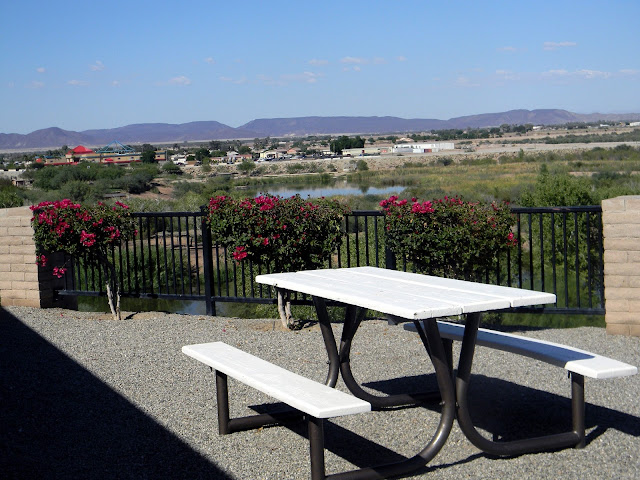 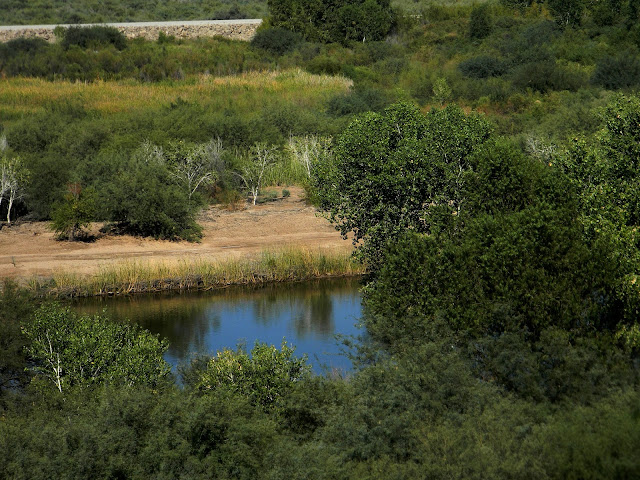 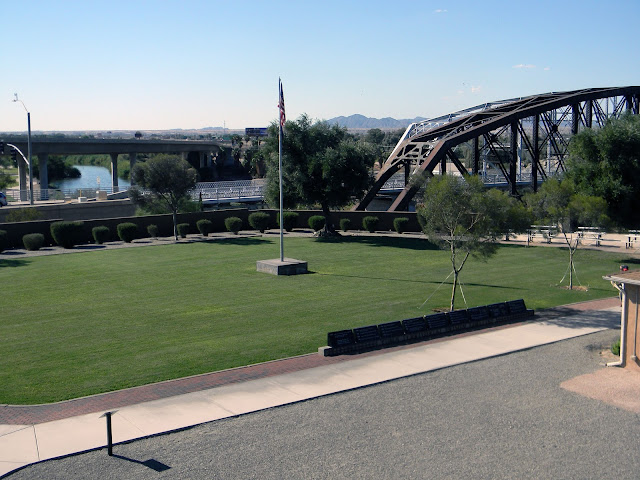 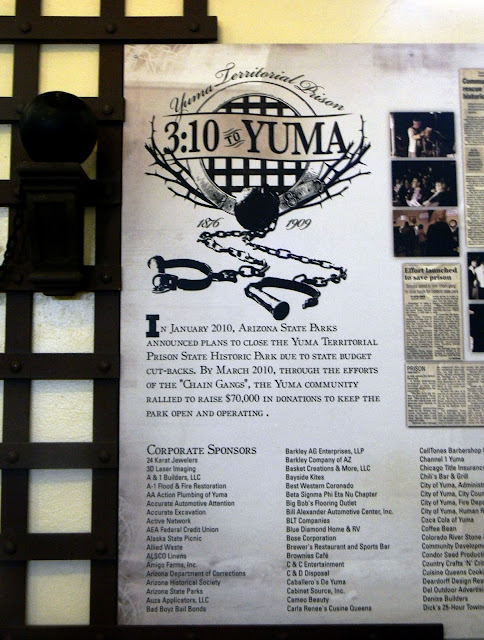 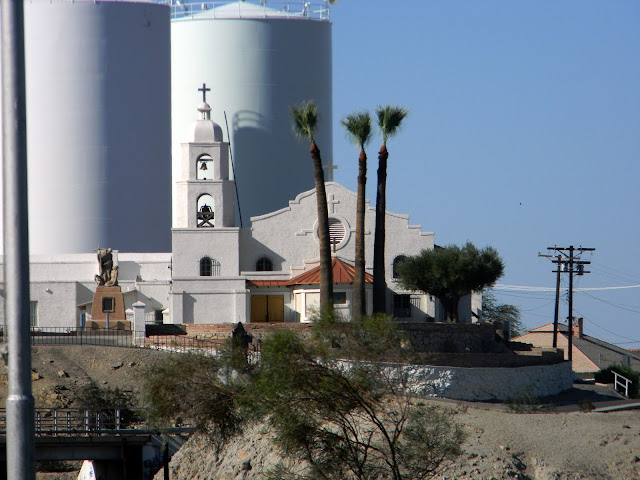 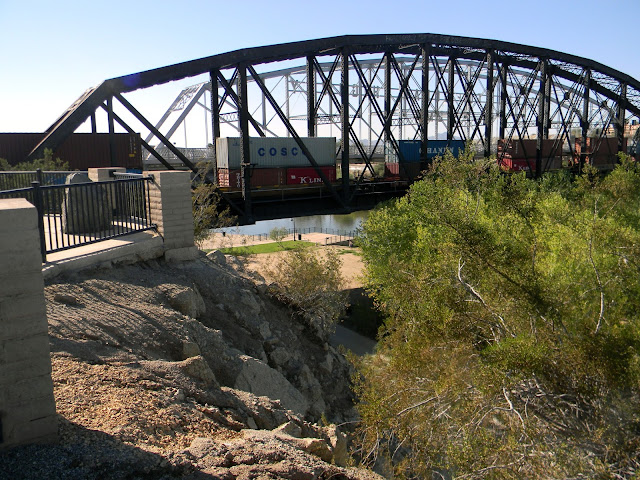 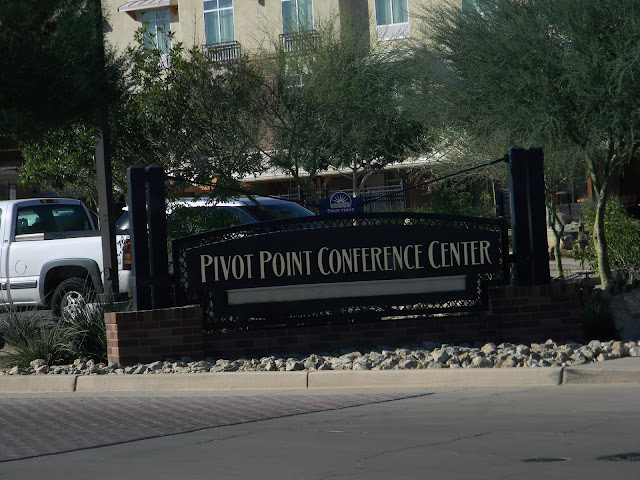