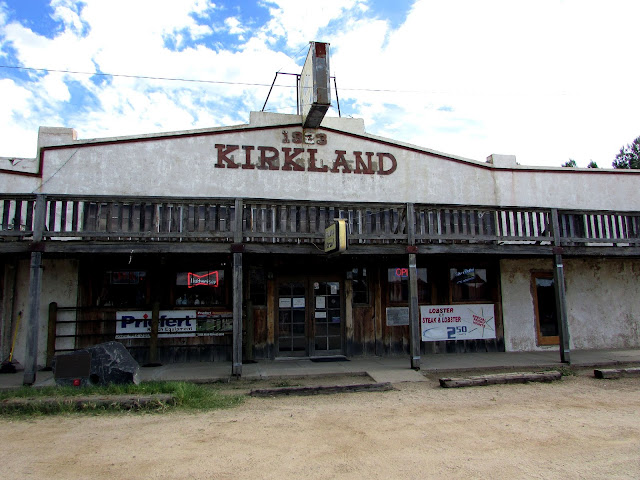 When Sharon and I went to Kirkland in 2012 to spend a night at the hotel attached to the steakhouse and bar, we had no idea what to expect.  I had friends who went there and talked about their paranormal experiences.  We were curious, so we booked a room.  It was in the winter, so the air was chilly.  When we got there, we met with the bartender who worked and stayed there four days out of the week.  She showed us around and pointed out all the interesting stories of the place.  Some of the stories included robbing the safe, murder and other scandels.  After showing us around, we went to our room.  Room number 6 was the biggest room, but not the best.  In fact I felt very uncomfortable in the room because it was extremely rustic and unfinished.  We ended up having a couple of beers and visited with the bartender before going to bed.  The only weird thing that happened to us that time was that we both heard an old-time piano playing in the bar in the middle of the night.  The thing is there was no piano in the building anywhere.  After that experience, we wanted to get a team together and investigate the entire place. 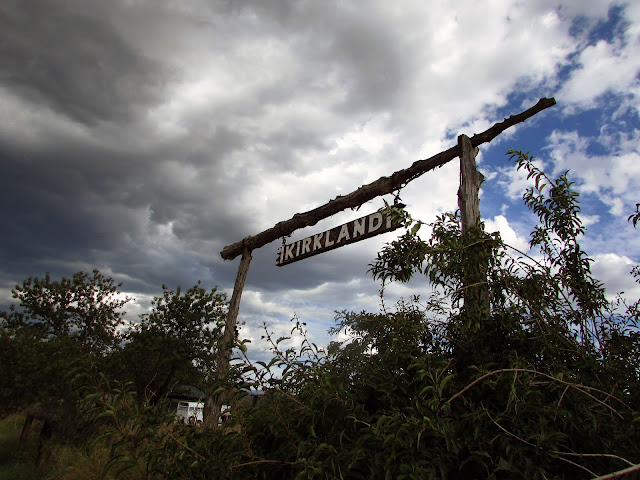 It took almost 4 years later, but we finally got the team on board to investigate the Kirkland Steakhouse and Bar.  We picked a Thursday when we figured not many patrons would be at the bar.  We had to book all the rooms so no one else would bother us.  The weather was prime, stormy, and rainy with dark clouds.  Sharon and I went up with another investigator early to meet up with the owners.  Last time we never met them. 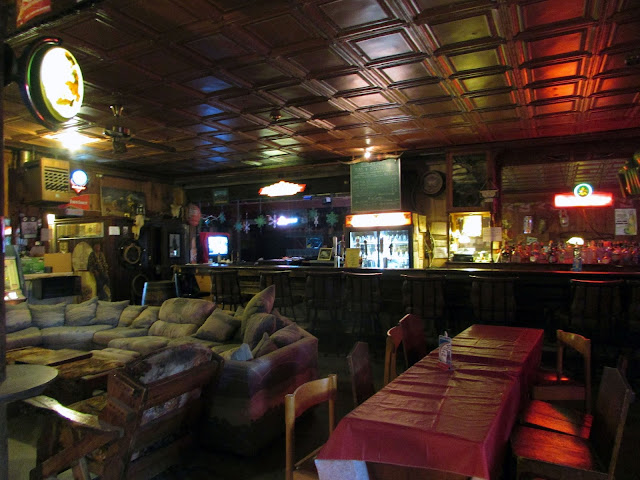 When we walked into the bar, we saw a man sitting at the bar with his head down.  He jumped when he saw us and told us he was Herb, the owner.  He didn’t remember talking with me but luckily his wife did.  Barbara found our reservations, I paid the money, and she gave me the keys to each room.  We dropped our things off in the back room and proceeded to take pictures around the place.  We asked if it would be possible to go into the basement because we felt there might be some activity down there.  He said that as soon as everyone in the group got there, he would take us down.  We decided to have something to eat while waiting for the rest of our team.

After everyone showed up and put their things in a room, Herb took us down to the basement.  It was very dusty and loaded with antiques, old items, cobwebs, and bugs.  He walked us around and told stories of the place.  One area was very dark with low ceilings.  I did feel a bit claustrophobic.  We decided to start there with an EVP session.  After that area, we did another session by the stairs.  The basement was creepy and some did hear a grunt and other noises coming from a corner.


After spending time in the basement, we went upstairs to get our equipment put into place.  There was one problem.  We were at a bar and Herb planned to shut it down at 9.  We were not allowed in that area if he wasn’t with us.  Apparently it is the law that a bartender had to remain in the bar if others are to be there.  Wow, what a blow.  When I talked with him, he said that we would have the entire place to ourselves.  I didn’t think that meant the rooms only.  Note: When investigating a bar, see if the bartender or owner will be present.  We had to form another game plan for our investigation.  A couple of the team members were not happy and decided to leave.  I am sure plans change once in a while, so you need to go with the flow and adapt to the changes.

The rest of us set up equipment in each room.  It was hard to do solo sessions or EVP group sessions while the bar was still open.  We had to wait until the patrons left and Herb locked the doors.  It ended up being after 11 pm.  Finally, we could start the investigation.

We started with solo sessions in the “red room” where some have seen a shadow figure of a man with a cowboy hat on.  When we first walked into that room, the air felt heavy.  Sharon started the ball rolling by sitting in there first.  We only did 15 minute sessions.  I went in next and then Dave.  After that, we decided to do a silent EVP session in room 3.  We picked that room because two of our investigators saw a man sitting on the couch, smoking a cigarette, and glaring at them with a scowl on his face as if the say, “What the hell do you want?”  Sharon felt like he was missing a leg.  (I will have to look into this interesting story and see if I can find out who he is.)  For the silent EVP session, Sharon wrote down 8 questions to give each of us.  We were to only think these questions at the same time.  She would let us know when to go to the next question.  It was an interesting experiment and we are still waiting to see if it got results.  James actually checked his recorder right afterwards and we all thought we heard a voice.  He will listen to it again at home on better equipment.  After that, James put recorders in each room and we did another EVP session.  We waited a short time afterwards and then we all went to bed.  We each took a room and tried to sleep.  The beds were uncomfortable and squeaky.  Sharon told us the next day that when she went to the restroom sometime after 3 am, she saw a dark male figure wearing a hat and standing by the door to the bar.  She thought it was another investigator until she got closer.  She didn’t approach the figure because she got a bad feeling from it.  Wow, this figure was right outside my door.  The only thing I experienced during the night was a faint sound of a piano playing.  I hope James got it on his recorder.

Is Kirkland Steakhouse and Bar haunted?  It is too soon to say as far as our investigation goes.  We did have experiences that we couldn’t explain and heard unseen noises.  With all the tragedies that happen at this location, I have no doubt that there are lingering spirits still hanging around the place.