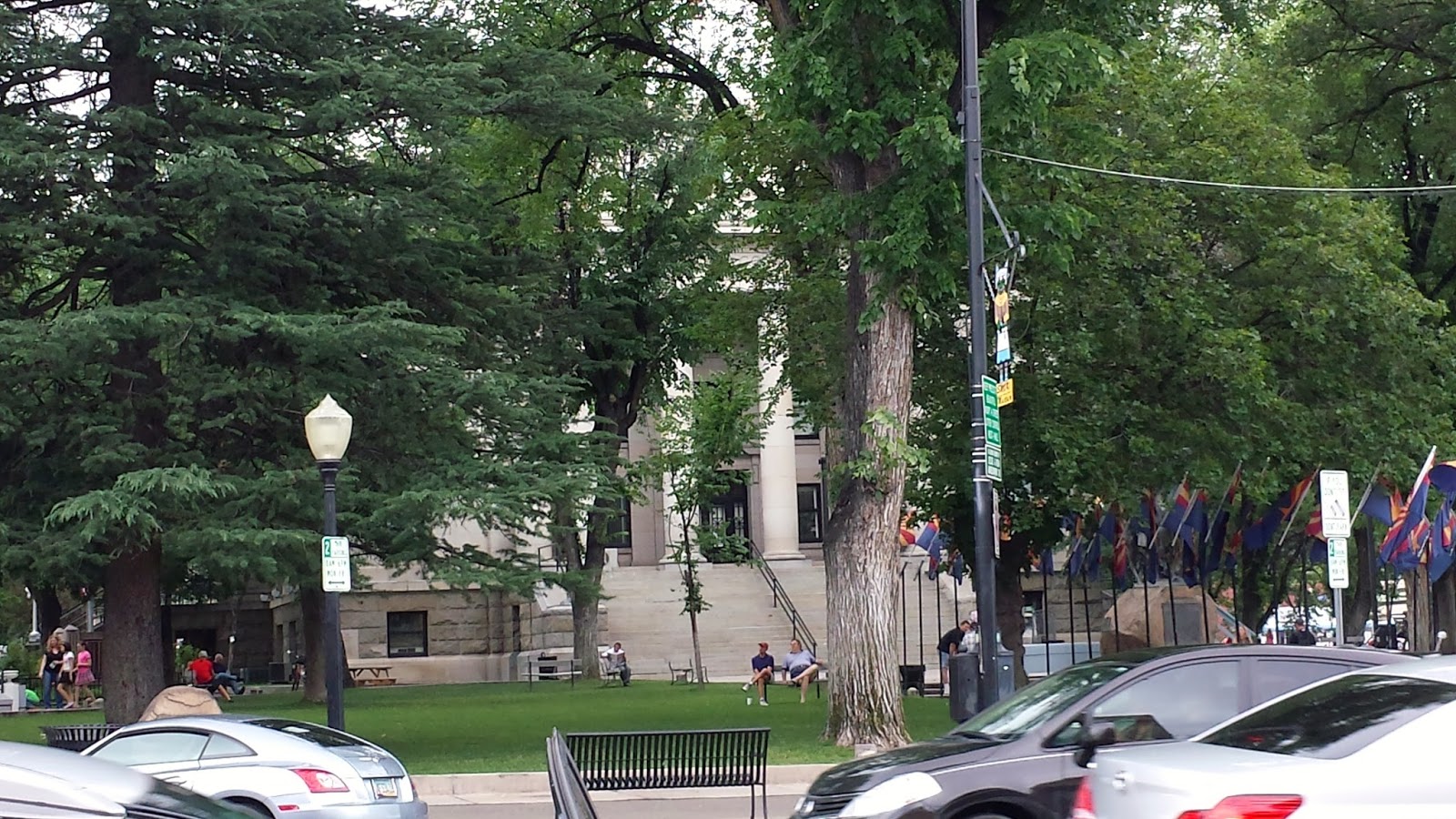 What once was an unoccupied portion of terrain covered with Ponderosa pine trees now is the Plaza in Prescott, AZ.  The Plaza was formed in 1864 and took up an entire city block.  After the trees were cleared and used as building materials, in 1878 a brick courthouse was constructed.  It became the heart of the city where many activities could be found and people would congregate.

Prescott’s first courthouse was built on Cortez Street in 1878.  Afterwards, a chapel, bandstand, water tank and fountain soon followed.  A beautiful cactus garden with gravel paths surrounded by a fence was developed around the Plaza’s grounds.  In 1916, the tiny courthouse was lacking in space so plans were made to construct a new building.  The old building was demolished later that year leaving the bandstand, fountain, and pathway intact.  On October 19, 1916, the cornerstone was laid for the courthouse, and placed behind it was a copper box.  The box was not to be opened for 100 years.  Inside are photographs, receipts from neighboring businesses and three published copies of Yavapai Magazine.

Today, the plaza is the location where many events are put on, gatherings, and at Christmas time, the lighting of the courthouse celebration.  It is located across the street from Prescott’s famous Whiskey Row. 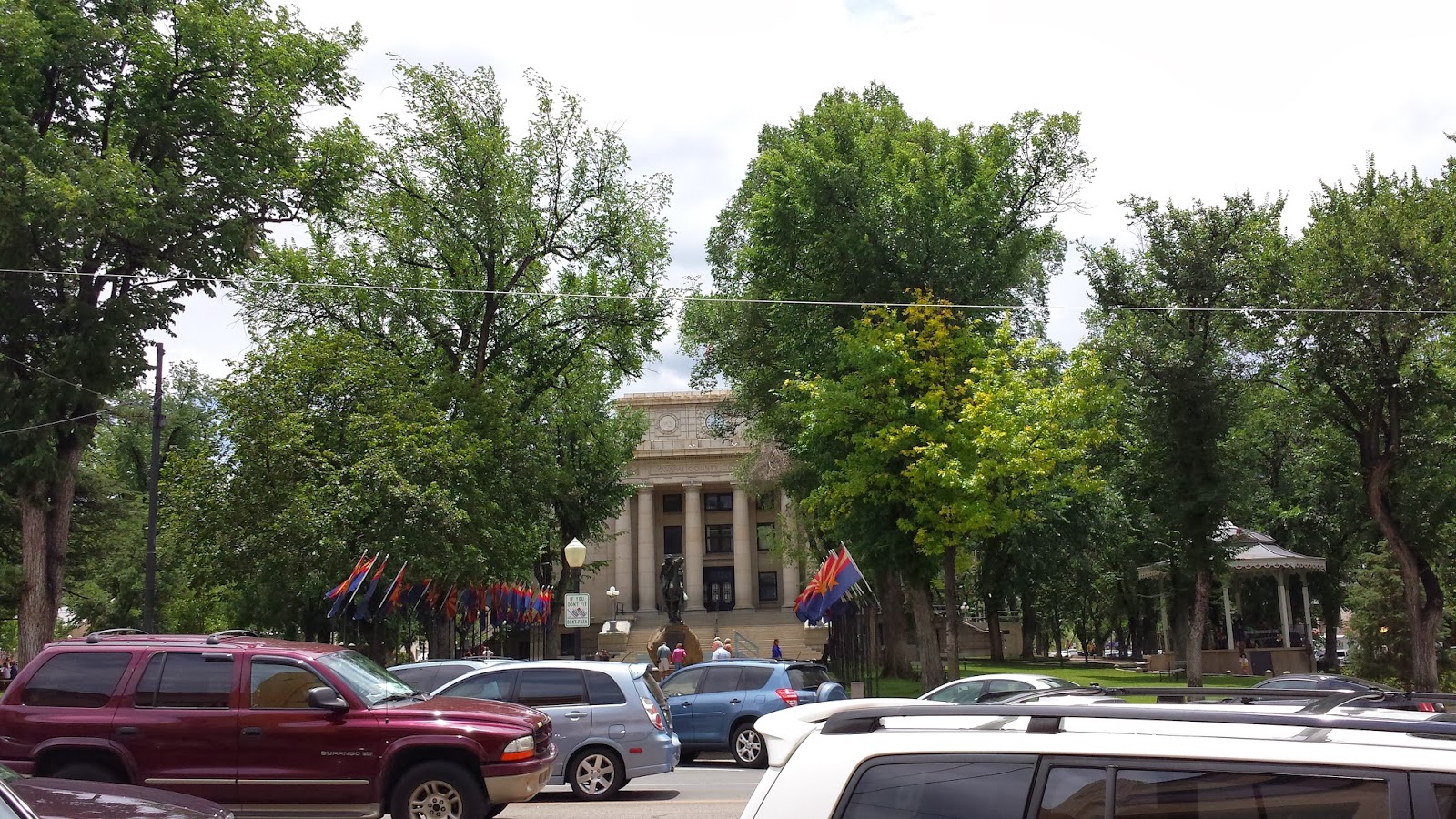 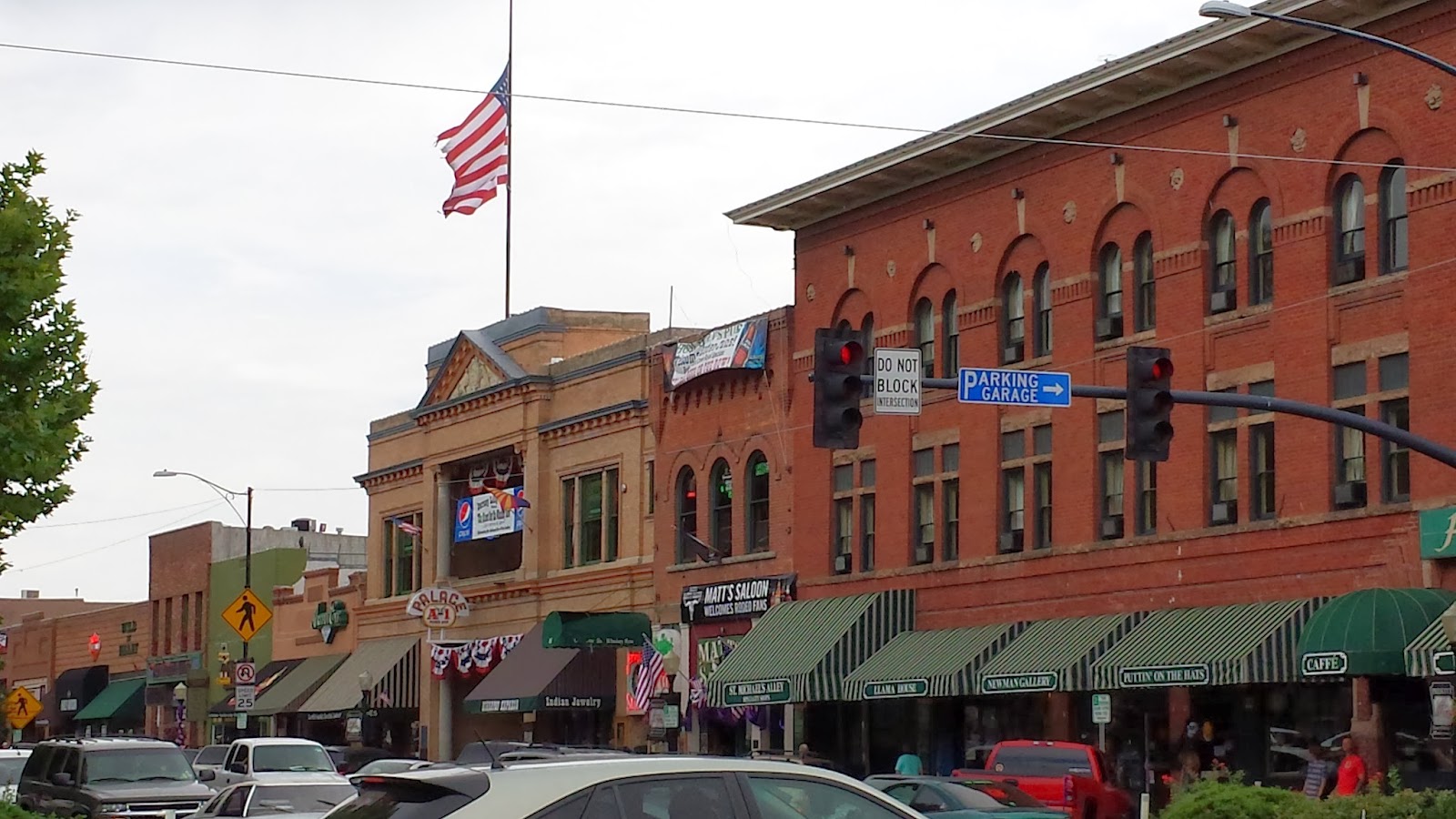