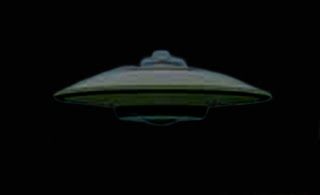 I wrote this two years ago and decided to re-post it.  I am going with Sharon and a group of people to sit in the Arizona desert as a part of a UFO watch.  I am very excited because the area we a going to has many reports of strange objects in the sky.  No matter what happens, whether we see something or not, I will do a complete post on my experience.

Arizona may have Bigfoot’s prints imbedded in the soil around the state, but UFO sightings have been just as prevalent.  Many of you remember the Phoenix Lights and the abduction of Travis Walton in the White Mountains.  Another place that seems to get its fair share of sightings is over the Estrella Mountains.  These sightings are not as famous as the Phoenix Lights, but have been seen by many over a course of several years.

During one sighting, the lights were reported as three distinctive twinkling lights and appeared to be hovering over the Estrella Mountains.  They were amber in color and very bright.  They seemed to be too enormous to be an airplane and did not seem likely to be balloons, which are frequently spotted in the skies of Arizona.  The lights also looked to be close to each other, but not touching.  Some witnesses said that the lights were moving back and forth simultaneously.

Other witnesses have their stories of what they saw when the mysterious lights appeared in the sky.  The strange object was triangular in shape with three white strobe lights forming the shape.  It was estimated that the craft was probably the size of a football field.  The three lights appeared to pulsing in sync with each other.  They noticed that there was no sound coming from the strange object.  The sky was clear, the stars were bright, but you couldn’t see the stars between the lights.  This gave the appearance that it was one large solid triangular object in the sky.

On other occasions, both fighter jets and the mysterious lights were seen in the sky on the same nights.  When the jets got closer to the lights, they would immediately shut off.  There was no explanation for this action or if the jets were responsible for the removal of the illumination from the lights in the sky.
There were some speculations that these lights were just flares being dropped by the nearby Air Force base or helium balloons with flares attached.  The base would typically drop flares about every night but the Estrella lights didn’t appear to have started off from the base.

Like the Phoenix Lights, there are just no conclusive explanations for why many people have reported seeing unknown lights over the Estrella Mountains.  I did see some videos of these lights, but they were too grainy to tell whether they were real or not.
bizarre mountains UFO's