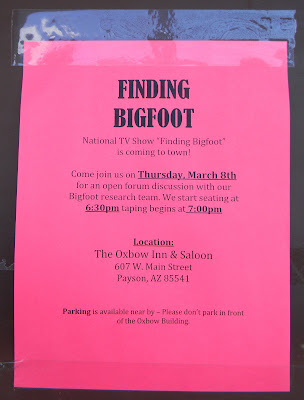 Last night Sharon and I had the pleasure of being at a taping of a "Finding Bigfoot" town hall meeting in Payson, Arizona.  It was a fun and interesting experience.  The meeting was held at Payson's historic Ox Bow Saloon on Main Street.  Sharon and I met friends there and secured a table near the front.  The place was packed with around 300 inside and another 100 outside who couldn't get in.  Before the taping we did see Ranae inside talking with some of the people while Bobo and Matt were hanging outside.  Unfortunately, we didn't get to see or meet Cliff because he was solo camping somewhere in the forest near Payson.  After the stand-ins marked where the three would stand, a man went over the rules and then it was, lights, camera, and action. 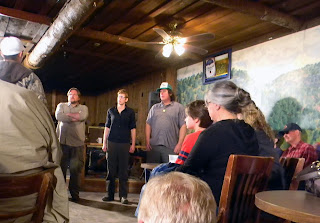 Matt, Ranae, and Bobo walk in from the back and stood on their spots.  Matt did the intro and after they all talked a bit about themselves, the stories began.  A couple of young boys started off, a father and son, and soon others followed.  They didn't want us taking pictures while the show was being taped, so in between I snapped a couple here and there.  Some of our friends had fascinating stories along with others in the building.  There was one lady who insisted she was a fairy and that Bigfoot was a Hobgoblin.  She went on to tell us that we will never see a Bigfoot or rather Hobgoblin, and get photos or video of one.  Bobo mentioned the Patterson/Gimlim film of the female Bigfoot but she said that was a Hobgoblin.  Bobo said, "Oh well, I guess they caught a Hobgobin and not Bigfoot".  They let her finish her story and did ask her some questions.  As you can see the stories varied with some sounding legit and others a bit like they were made up. 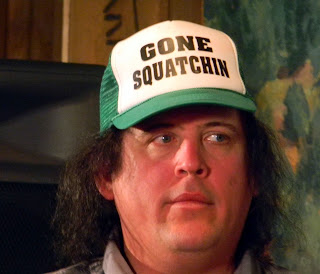 The taping of the stories lasted a little over two hours.  Afterwards, they had everyone who told a story map out the area where their sighting was.  The rest of us had to go outside and wait until that was done.  Afterwards, they picked three stories they wanted to check out.  One of our friends got picked.  We were able to meet and greet with the cast after all was done.  I have to say the each was very nice and accommodating. Sharon and I took pictures with all three.  The pictures with Bobo were taken with a friend's camera and I will post that as soon as I get it.  I had a wonderful time and looking forward to having my own Bigfoot experience. 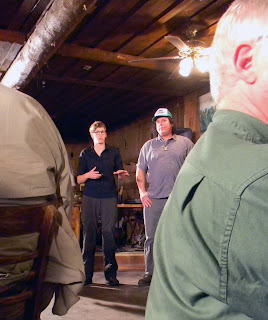 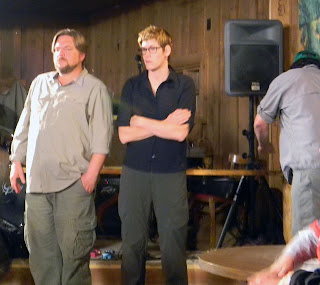 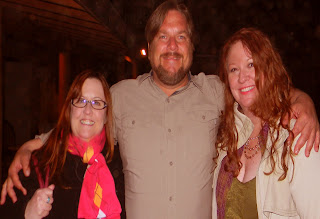 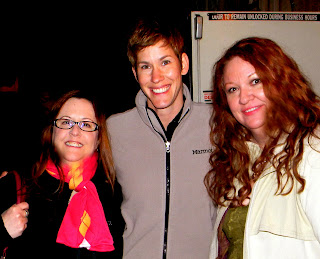