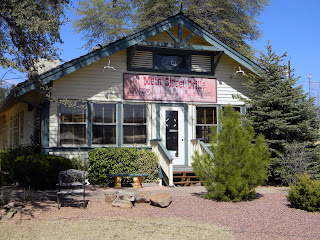 The Main Street Grille in Payson, Arizona, was built in 1925 by Julian Journigan and his family.  Julian was born in 1884 in Flagstaff, AZ, and when he was eleven days old his Mother died.  He was raised in Strawberry by his grandparents along with his cousin Charlie.  Later, he and Charlie became business partners after Julian joined the Forest Service at the age of 22.  He married in 1910 to Margaret Solomon and together they raised two kids.

The front third of what is now the Main Street Grille is where the house is located.  By 1932, Julian was working for a cattle rancher but still had time for mining.  It was on April of 1941 when he was visiting his claims when he suffered a heart attack and died.  He was only 57 years old.  His son stayed in the house until his death in 1993, and then it was purchased by Mel and Janice Laumb.  They added more rooms giving the place much more space.  They made the house into a gift shop and restaurant calling it The Heritage House.  After Mel’s death, their daughter took over and by the year 2000 several people required ownership of the place.  It now bears the name of the street it sits on, Main Street, in Payson.

Today there are many reports and claims of paranormal activity throughout the establishment.  There are stories of an eight year old girl ghost residing there who died of an illness in 1914 before Julian built his home on that land.  Also, there are claims of an elderly man who wanders the place and may have lived in the apartment on the second floor.  He may have died of a heart attack in his room.  No one knows who these two spirits are and why they might be still hanging around the grille.  They do know that the two are friendly and like playing pranks on those who visit the place.

The two ghosts are not the only paranormal claims being reported in the building.  Some of the stories are of steak bottles flying off the tables, bar stools moving across the floor by themselves, a large steel fire door opening and closing on its own, and tiny child-size phantom footprints walking across the floor of the restaurant.  API (Arizona Paranormal Investigations) caught an interesting photo of a ghost figure of a man in a cowboy hat.  Check it out: http://arizonaparanormalinvestigations.com/coppermine/displayimage.php?album=4&pos=2 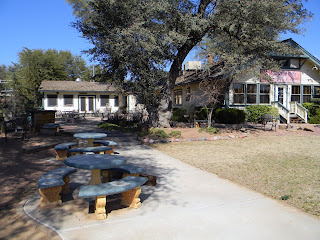 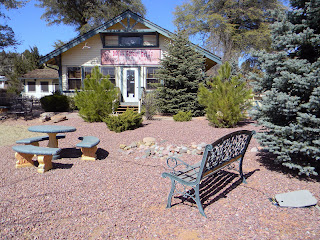